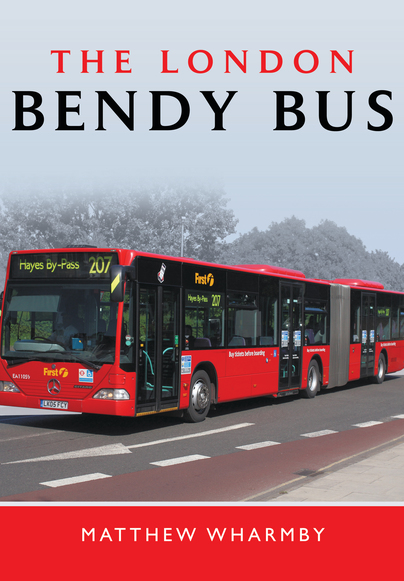 Click here for help on how to download our eBooks
Add to Basket
Add to Wishlist
You'll be £8.00 closer to your next £10.00 credit when you purchase The London Bendy Bus. What's this?
Need a currency converter? Check XE.com for live rates

Between 2002 and 2006 six of London’s bus companies put into service 390 articulated ‘bendy’ buses on twelve routes for transport in London.

During what turned out to be a foreshortened nine years in service, the Mercedes-Benz Citaro G buses familiar on the continent and worldwide earned an unenviable reputation in London; according to who you read and who you believed, they caught fire at the drop of a hat, they maimed cyclists, they drained revenue from the system due to their susceptibility to fare evasion, they transported already long-suffering passengers in standing crush loads like cattle and they contributed to the extinction of the Routemaster from frontline service. In short, it was often referred to as ‘the bus we hated’.

This account is an attempt by a long-time detractor of the bendy buses to set the vehicles in their proper context – not quite to rehabilitate them, but to be as fair as is possible towards a mode of transport which felt about as un-British as could be.

I was initially drawn to this book by the title.

For those members of the transport fraternity who like their irony heavy, or who relish the intellectual challenge of mining intermingled seams of varying yield, this could well fit the bill.

This is a well-researched book that tells an important and fascinating story, and I for one congratulate Matthew for having the courage to tell it.

... It is a history that needed documenting and it is well documented here... It is a useful, attractively produced book on an interesting topic.