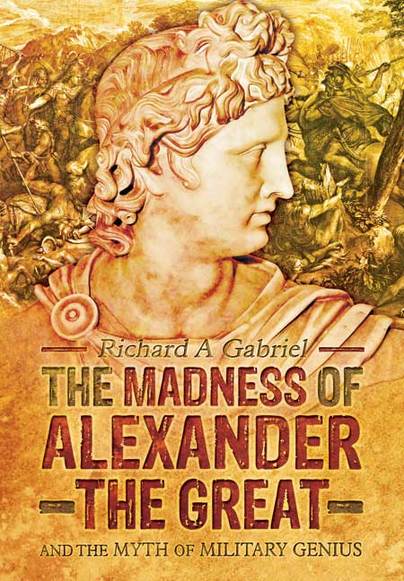 The Madness of Alexander the Great (Kindle)

And the Myth of Military Genius

Click here for help on how to download our eBooks
Add to Basket
Add to Wishlist
You'll be £4.99 closer to your next £10.00 credit when you purchase The Madness of Alexander the Great. What's this?
Need a currency converter? Check XE.com for live rates

Over the years, some 20,000 books and articles have been written about Alexander the Great, the vast majority hailing him as possibly the greatest general that ever lived. Richard A. Gabriel, however, argues that, while Alexander was clearly a succesful soldier-adventurer, the evidence of real greatness is simply not there.
The author presents Alexander as a misfit within his own warrior society, attempting to overcompensate. Thoroughly insecure and unstable, he was given to episodes of uncontrollable rage and committed brutal atrocities that would today have him vilified as a monstrous psychopath. The author believes some of his worst excesses may have been due to what we now call Post Traumatic Stress Disorder, of which he displays many of the classic symptoms, brought on by extended exposure to violence and danger. Above all the author thinks that Alexander's military ability has been flattered by History. Alexander was tactically competent but contributed nothing truly original, while his strategy was often flawed and distorted by his obsession with personal glory. This radical reappraisal is certain to provoke debate.

This book applies modern psychiatric concepts such as paranoia, depression,
suicide, alcoholism, religiosity, and megalomania to the behavior of Alexander
the Great. The author argues that Alexander the Great was not considered normal
in the warrior society of Macedonia, and concludes that Alexander was probably
a psychopath who was also suffering from post-traumatic stress disorder (PTSD)
brought on by his exposure to violence and danger in war. Author Richard
Gabriel teaches history and war studies at the Royal Military College of
Canada. He was also a US Army officer assigned to the Department of Combat
Psychiatry at the Walter Reed Army Institute of Research, where he conducted
research on combat-related stress.

A new, insightful picture of this much-studied figure.