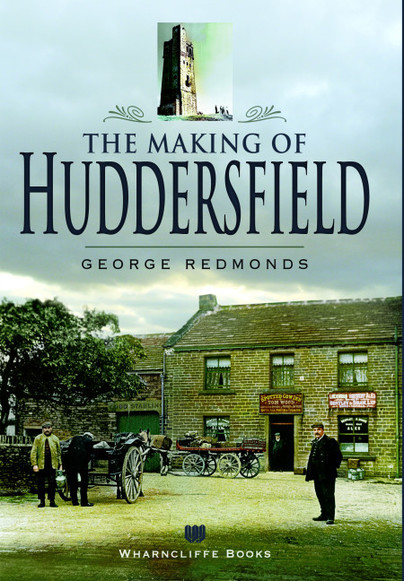 The Making of Huddersfield (Kindle)

Click here for help on how to download our eBooks
Add to Basket
Add to Wishlist
You'll be £4.99 closer to your next £10.00 credit when you purchase The Making of Huddersfield. What's this?
Need a currency converter? Check XE.com for live rates

'The Making of Huddersfield' is not a systematic and chronological account of Huddersfield's growth but a series of illuminating snapshots which bring to life numerous aspects of the town and its surrounding area.Just 200 years ago Huddersfield was still a village. In a short time it was to become one of the most dynamic and vibrant towns in the north of England and this book traces the history of that development, from the early Middle Ages, through important changes in Tudor and Stuart times and into the exciting years of the Industrial Revolution. 'The Making of Huddersfield' tells the story of ancient bridges and highways, inns, mills and private dwellings, and it looks at ordinary people as they appear in early court records, identifying individuals and families as they thronged the market place or relaxed in the ale houses. Take a transitional journey, from the Middle Ages to the present day, as you read 'The Making of Huddersfield'.

Dr George Redmonds is a local historian with a life-long interest in name studies. In 1973 he wrote Yorkshire: West Riding, the first volume in the English Surnames Series, and in 2001 he presented the BBC Radio 4 series 'Surnames, Genes and Geneaology'.

Recent publications include Surnames and Geneaology (1997), Christian Names in Local and Family History (2003), Names and History: People, Places & Things (2003) and The Place-Names of Huddersfield (2008); and The Making of Huddersfield (2003) has recently been reprinted by Wharncliffe Books. George is a well-known lecturer at international conferences.