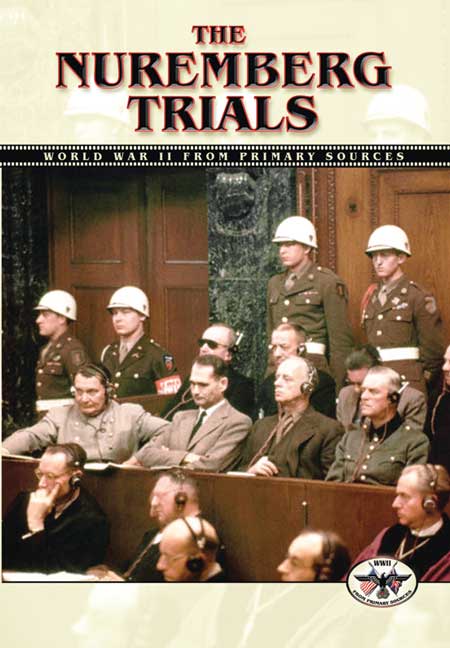 Add to Basket
Add to Wishlist
You'll be £9.99 closer to your next £10.00 credit when you purchase The Nuremberg Trials. What's this?
+£4.50 UK Delivery or free UK delivery if order is over £35
(click here for international delivery rates)

The Nuremberg trials began in 1945 and the film cameras of the victorious Allies were there to record the proceedings.

The first documentary film to emerge was the Soviet film account which appeared as soon as the verdicts were given and before the full proceedings had even been completed.

As might be expected, the narrative is vengeful, partisan and jingoistic. The ringing accusations of the prosecutors are illustrated by extracts from newsreels. The court room footage, however, provides the most complete primary source reference and extensive extracts from the speeches made by the Soviet prosecutors are featured. The film makes much play on the often overlooked fact that the Soviet Union objected to the acquittal of Hans Fritzsche, Franz von Papen and Hjalmar Schacht, and also to the fact that Rudolf Hess was given a sentence of life imprisonment, rather than a death sentence.

This rare film is an essential addition to any Second World War collection.