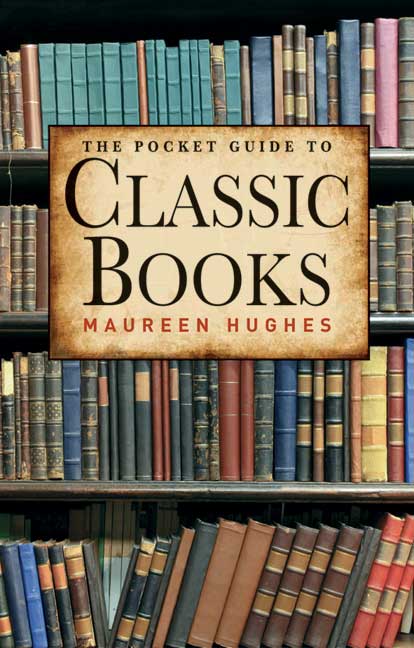 Click here for help on how to download our eBooks
Add to Basket
Add to Wishlist
You'll be £4.99 closer to your next £10.00 credit when you purchase The Pocket Guide to Classic Books. What's this?
Need a currency converter? Check XE.com for live rates

Maureen Hughes' inspiration for her Pocket Guides series is that she believes theatre and literature are for everyone, but can at times seem a somewhat exclusive club, with the membership criteria being intelligence, especially in the case of classic books. The result is that those who are, for example, not well-read remain so. But one only has to take a look at the viewing figures for costume dramas - adapted from the classics - to realise that there are many people out there who would like to be a member of this exclusive club. So what puts them off? Maureen believes that it is quite simply a lack of basic awareness. Maybe Joe Public wouldn't want to sit through one of Stoppard's verbally acrobatic plays but he might be interested to know a little about that man too and maybe how many plays he had in fact written.