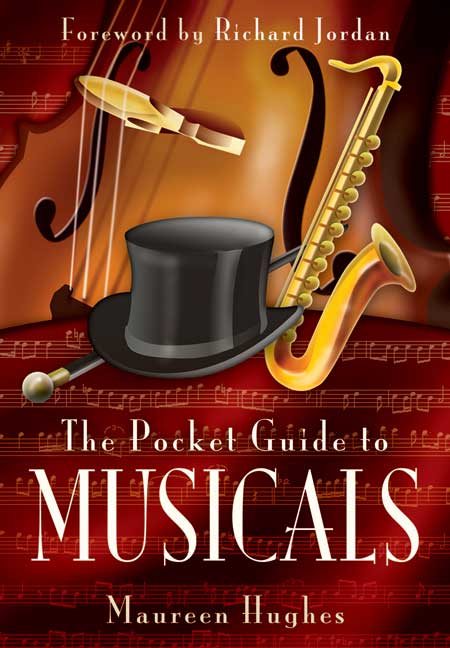 The Pocket Guide to Musicals (Kindle)

Click here for help on how to download our eBooks
Add to Basket
Add to Wishlist
You'll be £4.99 closer to your next £10.00 credit when you purchase The Pocket Guide to Musicals. What's this?
Need a currency converter? Check XE.com for live rates

The Pocket Guide to Musicals is your all-singing, all-dancing narrator to the world of musical theatre by leading expert Maureen Hughes. As well as including the synopses of the most popular and some lesser-known musicals, she leads us through who wrote what and when, which musicals reflect reflect their era, the big names in musical theatre and even which songs come from which musicals. She’ll answer every question you’ve ever had about the subject, including some amazing facts, just what you’d expect from someone who has lectured on this popular medium for over 40 years, written eight musicals and whose former pupils can be found in virtually every single musical in the West End. So, if you’ve ‘Gotta Sing’ and ‘Gotta Dance’, you must buy this book and discover everything there is to know about musicals, its stars and creators and the history of musical theatre.