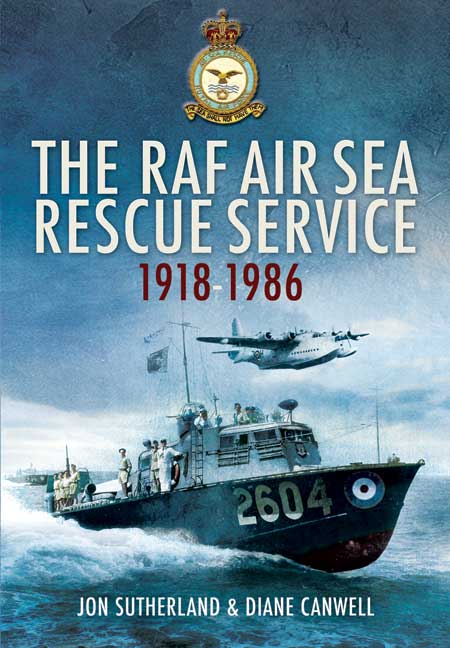 Click here for help on how to download our eBooks
Add to Basket
Add to Wishlist
You'll be £4.99 closer to your next £10.00 credit when you purchase The RAF Air Sea Rescue Service 1918-1986. What's this?
Need a currency converter? Check XE.com for live rates

Between 1918 and 1986 the marine branch of the Royal Air Force provided rescue facilities, support and other services to this armed service. In its pre-1941 guise as the Air Sea Rescue service, the RAF had an inventory of over 200 motorboats, supported by float aircraft engaged in rescue, towing, refueling and servicing RAF aircraft. Amongst the many characters of this early period was none other than Lawrence of Arabia.

The Marine Craft Section itself came into existence in February 1941 as a direct result of the compelling need to retrieve downed pilots from the sea. Initially the craft were lightly armed, but as the chivalry between the British and the German rescue services deteriorated, the launches became heavily armed craft, not only capable of defence but also attack. They were supported by a wide variety of aircraft, including Lysanders and Walruses. The ASR was involved in Dieppe and D-Day and operated in the Mediterranean and the Far East. During the war years alone over 13,000 aircraft crew were saved by the ASR service, in addition to the many hundreds of other servicemen whose vessels had been hit by mines or had fallen prey to submarines

Jon Sutherland has written extensively on military history and warfare. Much of his previous work has concerned the American involvement in the European in World War I and the European theatre of World War II. Diane Canwell has written works on Crete and the Viking era and is much involved in the research for this book. Using an extensive network of former members of the service, the authors propose to intersperse the descriptive chapters with short first-person accounts of particular episodes throughout the service's history.

I got this book because of its unusual subject and I was not disappointed.
This covers the origins and disbandment of an important branch of the RAF that rescued down airmen and returned them to service but it also covers the often overlooked cold War era. Written in a way that does not bog the reader down making it an enjoyable read and one you can see was a joy to write.

'...I commend the book as a very useful work of reference and an enjoyable read.'

The account is very well presented with many excellent photographs. Well worth reading.

This book is a treasure-trove of information about a service which most aircrew took for granted, but which supplied a life-saving back-up in times of distress. The depth of historical detail is surprising and covers the Air Sea Rescue Service Marine Branch from its inception up to its disbandment on 31st March 1986 when it was replaced by a mixture of helicopters, the RNLI, Royal Navy Ships and civilian vessels. It is a very readable book that should have a place on every aviation-lover's bookshelves.