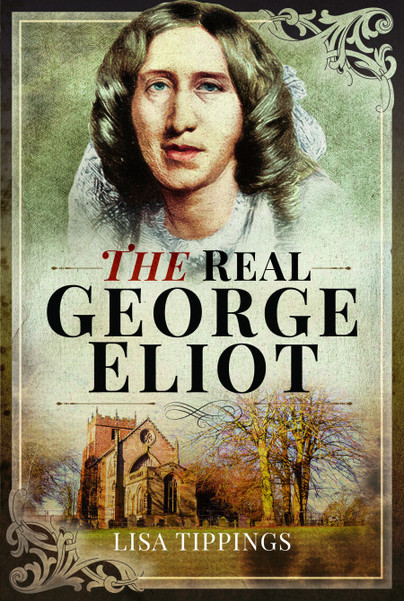 Click here for help on how to download our eBooks
Add to Basket
Add to Wishlist
You'll be £8.99 closer to your next £10.00 credit when you purchase The Real George Eliot. What's this?
Need a currency converter? Check XE.com for live rates

The Real George Eliot revisits the life of the ground breaking nineteenth century novelist and focuses on the impact she had on her readers, including the biographer herself.

Eliot was a writer who explored the nature of religion, the role of marriage in society, and the struggle that could emerge between a person’s public and private persona.

This book is brilliantly written and very well researched.

Lisa Tippings's The Real George Eliot reveals a woman who was prepared to defy contemporary conventions in her pursuit of success and personal happiness. Excellent addition to this terrific series.

Admission: I didn't "get" why Middlemarch was considered such a classic back in 1974 when I read it for a "Women in Literature" seminar in college. I knew one had to read Eliot and I found the little I knew about her interesting. I'm sure I read an article about Eliot to supplement the novel. But I found it hard going. At some point, I read Silas Marner and found that more to my liking, but I would not say I was a fan of Eliot's writing, so much as a fan of Eliot the person. So, I was drawn to this recent biography and was pleased that it was an engaging read, portraying Eliot from many perspectives, including her letters, her journals, the social context of her life as a woman of intellect in the 19th Century, and of course, her body of work. Tippings organized the parts/chapters of the book into subsections, making it an enjoyable, cohesive read. It is particularly interesting to me that Eliot persisted through periods of obvious depression and serious physical debilitation such as migraine, to engage with others in deep friendships, to travel, to earn a living as an editor, translator, and article writer before turning to novels later in life and to live a highly unconventional life with a married man who was unable to procure a divorce. I enjoyed in particular the integration of pieces of her work into the reflections on her life. I also appreciated Tippings' balanced evaluation of Eliot. Yes, she was a nonconformist in her lifestyle, but she was also a woman of her time. Thus, her work and her life reflect many accepted norms of the Victorian era yet makes one think about why people defy those norms. Her novels ask us to reflect more and perhaps to judge less. Somewhere, my copy of Middlemarch sits on a shelf at home. Tippings, and her subject, inspire me to give it another go. Well done. Read this book.

Well researched. Tippings's work is easy to follow, engaging, and surprisingly, packed with information that I did not know.
Far from being dry like some bios can be, I think this work is one that is not just for those interested in the time period, or the author, but anyone interested in interesting females and wanting to gain and expand their general knowledge.

An interesting account of a life which hit the right balance between providing facts and making the book a story.

George Eliot is fascinating, incredibly talented, and an inventive thinker and writer. I learned a lot from this biography and highly recommend it!

This book is breathtaking in its information. The photographs are a lovely addition and allowed me to re-live my travels to the area. Those passionate about George Eliot absolutely must read this book and for those who wish to learn more about her and the era in general definitely ought to as well.