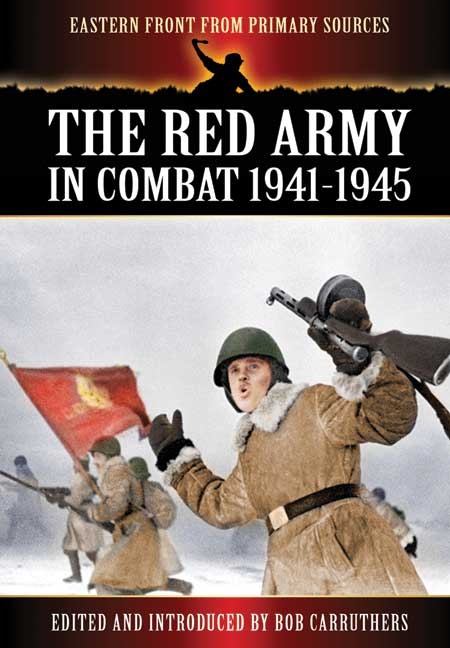 Combining contemporary reports of the key characteristics of the Red Army with more obscure aspects, including tactical advice given to Soviet troops on how to attack tanks with Molotov cocktails, this excellent survey of sources builds into an absorbing account of the Red Army drawn exclusively from original wartime reports. This new ebook compilation is essential reading for anyone interested in discovering rare and vital information on the combat experience of the Red Army from primary sources.

The eastern front was bloody and destructive. “The Red Army in Combat 1941 – 1945” is an analysis of battlefield reports of the Eastern front war between the USSR and Nazi Germany throughout World War II, telling the true story of tactics used to battle the third Reich and crafts a riveting account of the long standing struggle and the ingenuity to survive. “The Red Army in Combat 1941-1945” is an enticing and recommended addition to military history collection, much recommended.