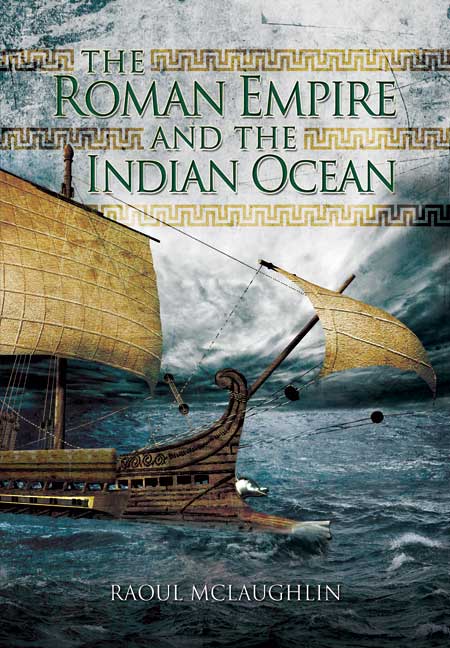 The Roman Empire and the Indian Ocean (Kindle)

The Ancient World Economy and the Kingdoms of Africa, Arabia and India

Click here for help on how to download our eBooks
Add to Basket
Add to Wishlist
Get The Roman Empire and the Indian Ocean (Kindle) for FREE when you purchase 2 other eBooks.
Need a currency converter? Check XE.com for live rates

The ancient evidence suggests that international commerce supplied Roman government with up to a third of the revenues that sustained their empire. In ancient times large fleets of Roman merchant ships set sail from Egypt on voyages across the Indian Ocean. They sailed from Roman ports on the Red Sea to distant kingdoms on the east coast of Africa and the seaboard off southern Arabia. Many continued their voyages across the ocean to trade with the rich kingdoms of ancient India. Freighters from the Roman Empire left with bullion and returned with cargo holds filled with valuable trade goods, including exotic African products, Arabian incense and eastern spices.

This book examines Roman commerce with Indian kingdoms from the Indus region to the Tamil lands. It investigates contacts between the Roman Empire and powerful African kingdoms, including the Nilotic regime that ruled Meroe and the rising Axumite Realm. Further chapters explore Roman dealings with the Arab kingdoms of south Arabia, including the Saba-Himyarites and the Hadramaut Regime, which sent caravans along the incense trail to the ancient rock-carved city of Petra.

Raoul McLaughlin’s sophisticated survey of the complexities of Roman economics, politics, and society offers pioneering insight into the fragility of Pax Romana despite its conquests and global reach in trade. His ground-breaking study of a world linked by oceans also calls into question the theory that the ancient world was more primitive than the modern or that history evolves in an ever-ascending arc from the barbaric to the civilized.

This short single-page review does not do sufficient justice to McLaughlin’s extensive research and presentation of Roman international trade and its broader significance in relation to the military. The book reconfirms the economic importance in warfare and the fact that great empires can fall when revenue streams start to run dry. This highly commendable work should serve as a suitable springboard for those who wish to learn more about the Roman economy and state administration. I believe more authors should attempt to analyse previously studied topics in connection to other related and seemingly unrelated aspects for new perspectives and fresh insights.

McLaughlin squeezes more than most from the classic but limited historic resources and weaves in archaeological research to deliver an important source for those interested in not only the Roman Empire but also the Indian Ocean region.

Illustrated by sketches of reliefs and coins, this accessible book may go some way to helping us think beyond Alexander the Great when India is mentioned in the context of the Classical world.

'The Roman Empire and the Indian Ocean' is enjoyable and easy to read. It is full of useful and little known information and presents an evidence-based model for the ancient world economy that supported the Roman empire.

Read this book and you'll change your view of the importance and scope of maritime activity in Ancient Rome. ... The author has presented a credible account and his text is supported by a plate section illustrating international trading. There are also some interesting ancient maps in the introduction.

This is a truly wonderful book...McLaughlin has scoured archives in many languages to tell us the history of the Roman Empire's trade with/in Egypt, the Red Sea, East Africa, Arabia, India, Sri Lanka and China.