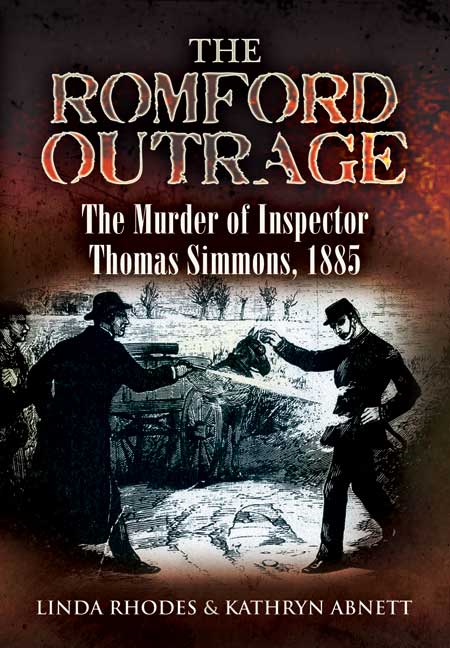 The Murder of Inspector Thomas Simmons 1885

Click here for help on how to download our eBooks
Add to Basket
Add to Wishlist
You'll be £4.99 closer to your next £10.00 credit when you purchase The Romford Outrage. What's this?
Need a currency converter? Check XE.com for live rates

Following the success of their prize-winning account of the infamous killing of PC George Clark - The Dagenham Murder - Linda Rhodes and Kathryn Abnett now reconstruct, in vivid detail, another sensational Victorian murder case. Inspector Thomas Simmons was shot and fatally wounded near Romford in January 1885, and the search for his killers culminated in a second police murder, this time in far-off Cumbria. In tracing the course of the crime - and the country-wide manhunt, court cases and executions that followed - the characters and methods of Simmons and his fellow officers are revealed, as are the desperate criminal careers of the killers. This meticulously researched, graphic and highly readable case study gives a rich insight into the dark side of late Victorian England.


Linda Rhodes and Kathryn Abnett are the authors of two previous true crime books. The Dagenham Murder, written in collaboration with Lee Shelden, won the Crime Writers' Association Gold Dagger for Non-Fiction in 2006. Their most recent title is Foul Deeds and Suspicious Deaths in Barking, Dagenham & Chadwell Heath, published by Wharncliffe in October 2007.