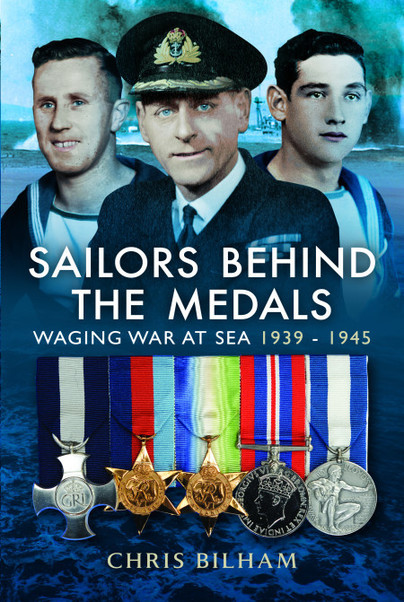 The Sailors Behind the Medals (Kindle)

Click here for help on how to download our eBooks
Add to Basket
Add to Wishlist
You'll be £4.99 closer to your next £10.00 credit when you purchase The Sailors Behind the Medals. What's this?
Need a currency converter? Check XE.com for live rates

The story of the Royal Navy in the Second World War is an epic, consisting both of dramatic battles such as the River Plate and Matapan, and drawn-out campaigns such as the escort of convoys to Malta and northern Russia. The author examines the careers of twenty-three sailors who took part in these actions which resulted in the award of their medals. He illustrates a cross-section of the war-time Navy long-service regulars, volunteers, recalled veterans of the Great War, Hostilities Only ratings. They served in nearly every kind of warship and in all the main theatres of the war and their individual acts of gallantry under extreme conditions make for inspiring reading. The author also examines the medals that were awarded for gallantry.

A fascinating new book looks at the stories behind celebrated men who served in the Royal Navy during the Second World War.

Chris Bilham BA LLB FRGS was born in New Zealand. His father, like those of nearly all his schoolmates, was a Second World War veteran and Chris developed a life-long interest in military and naval history. He was a member of the Territorial Army for six years (Infantry and NZSAS). He has collected and studied medals for forty years, was a founder member of the Hong Kong branch of the Orders & Medals Research Society and was awarded the Societys Award of Merit in Gold. Chris now lives in Auckland.