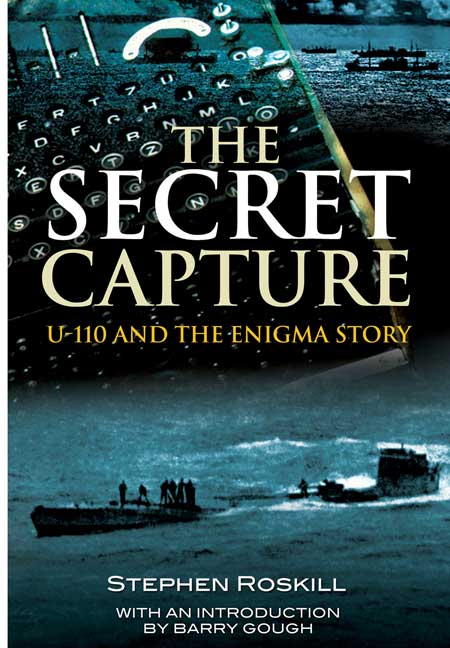 Click here for help on how to download our eBooks
Add to Basket
Add to Wishlist
You'll be £4.99 closer to your next £10.00 credit when you purchase The Secret Capture. What's this?
Need a currency converter? Check XE.com for live rates

For fifteen years after the end of the war all official Admiralty records showed the German submarine U 110 as sunk on 9 May 1941 by the surface escorts of convoy OB.318. As this book was the first to reveal, this was a deliberate deception, as the U-boat was actually captured and its contents fully investigated before being allowed to sink a day later, a fact skilfully kept from even the survivors of the submarine’s crew. As the official historian of the naval war, Roskill had followed the party line when writing his authorised account, but provoked by exaggerated claims concerning a US Navy capture of a U-boat in 1944, Roskill decided to set the record straight. His narrative is prefaced by brief coverage of previous submarine captures by the Royal Navy – three Italian and one German – before covering the U 110 operation in great detail, underlining the skill and bravery of those involved.
We now know that the reason for the secrecy was that the U-boat gave up valuable codebooks, charts, ciphers and, most significantly, a complete and undamaged Enigma machine. At the time of the book’s first publication, Ultra was still a secret, so Roskill (who clearly knew about it) had to be discreet about the exact details of what was taken from the submarine while insisting on its crucial value to the war effort. However, a new introduction puts the capture into context, making clear its vital importance in the history of allied codebreaking in World War Two.

A copy of this small volume deserves to be on the bookshelf of all of those interested in naval history and is therefore highly recommended.

This is the account of an action at sea which was the most important of WWII. The Allies captured a number of Axis submarines, including one that surrendered to a Lockheed Hudson aircraft, but U110 was fatally damaged and yielded a vital secret and technology – Most Highly Recommended.