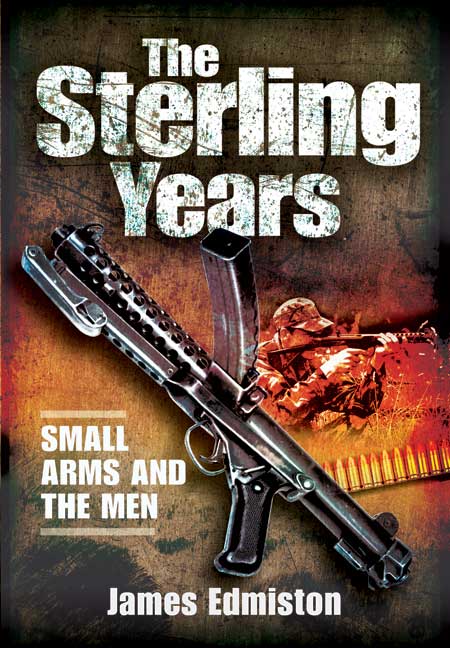 The Sterling Years: Small Arms and the Men (Kindle)

Click here for help on how to download our eBooks
Add to Basket
Add to Wishlist
You'll be £4.99 closer to your next £10.00 credit when you purchase The Sterling Years: Small Arms and the Men. What's this?
Need a currency converter? Check XE.com for live rates

This is the story of the manufacture, development and usage of one of the most famous submachine Guns ever produced by a British Firm Designed at the end of WW2 it saw limited use on a trial basis, carried by paratroopers during the battle of Arnhem, but since the British Forces had plenty of Sten guns at the time, and tests between the two types of weapon were inconclusive, it was not until 1953, that with a few adjustments, the Weapon was formally adopted by the British Army Whilst not the most accurate of weapons, it was extremely useful in urban warfare and regarded as one of the most reliable submachine Guns throughout the world until it was withdrawn in 1988. A total of over 400,000 were manufactured. Sterling built them for the British armed forces and for overseas sales. The Sterling Guns was used as the basis for the weapons used by Storm Troopers in the Star Wars films.

The Sterling Years is the life story of the author, James Edmiston who gives his account in a light hearted manner. The significance of his life is his companies involvement with the manufacture, development and usage of the most famous sub-machine gun that was designed at the end of WWII. The Sterling sub-machine gun was later modified in 1953 to be the formally adopted by the British Army, giving the Sterling Armament Company successes, maybe even the potential of being a world leader. Edmiston gives his first account of shooting the L2A3, the Sterling sub-machine gun and refers to it as a gun of 'outstanding mechanical beauty', he later states, 'a year later I bought the company', it was his relationship with the company that made it successful . He built his company up on loyalty as opposed to profit, and he claims, 'it couldn't have run any other way'. Edmiston sold his company in 1983 for reasons unknown, in his epilogue, he give an account as to why in sad sense of national betrayal, it was taken over by Royal Ordnance, a subsidiary of British Aerospace Plc at the time when another of Sterling's 5.56 mm rifles had reached prototype. Although a clear reason is not given, Edmiston concludes that the take over was to shut the company down. This is an excellent book that will appeal to anyone who is interested in military history, young and old. Moreover, it is also a personal account of hard work and determination.Edmiston having being educated at Rugby and Brasenose College Oxford, claims to be the result of the working class. His story does verify this with him having no particular political out look, however, one could say that he is quite marxist in tone. His acknowledgment to his workforce of the Sterling Armament Company LTD is verification of to this notion.