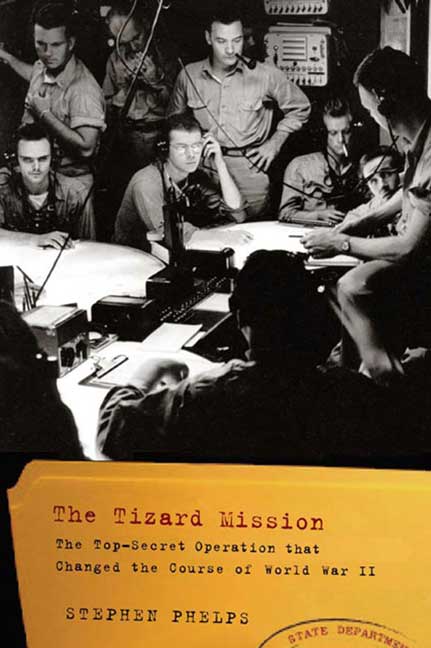 Preorder
Add to Wishlist
You'll be £19.99 closer to your next £10.00 credit when you purchase The Tizard Mission. What's this?
+£4.50 UK Delivery or free UK delivery if order is over £35
(click here for international delivery rates)

In August 1940, a German invasion of Britain looked inevitable. Luftwaffe bombers were pounding British cities, France had surrendered, and the Low Countries were under German control. Although sympathetic to Britain’s plight, the United States remained staunchly neutral.

Unknown to the rest of the world, Britain’s brightest scientific and military minds had been working on futuristic technology for a decade, including radar and jet propulsion. While the great value of radar to locate and identify objects at long distance and at night or in bad weather was appreciated, at the time it was thought that
practical radar required a room-sized device for generating an effective signal. At the heart of British radar defence, however, was the cavity magnetron, a groundbreaking invention hundreds of times more powerful than any other in use and small enough to be held in the hand. With the British economy and industry reeling from the war,
Winston Churchill reluctantly agreed to an unorthodox plan: a team of scientists and engineers would travel under cover to the United States and give the still-neutral Americans the best of Britain’s military secrets. It was hoped that in exchange the United States would provide financial and manufacturing support—which might even lead to their official entry into the war.

The Tizard Mission, named for its leader Sir Henry Tizard, steamed across the Atlantic carrying a briefcase-sized metal deed box. Chained to the ship in the event it was torpedoed and sunk by a U-boat, the box contained details of the Whittle jet engine, critical calculations for an atomic bomb, and a precious cavity magnetron. The
Americans proved to be astonished, receptive, and efficient: Bell Telephone produced the first thirty magnetrons in October 1940, and over a million by the end of the war. With this device, both warships and aircraft could carry war-winning radar. But Britain did not only give America military secrets, these same technologies would produce a
fortune for postwar commercial industries, with the magnetron being the key component to the microwave oven. In The World in a Briefcase: The Top-Secret Scientific Mission that Changed the Course of World War II, Stephen Phelps reveals how the Tizard Mission was the turning point in the technological war, giving Britain the weapons it desperately needed to defend itself and laying the groundwork for much of the United States’s postwar economic boom, an effect that still resonates today.


The month of August 1940 was particularly dry. Clear skies and minimal rainfall made perfect flying weather for German attackers and the Battle of Britain was at its height. The Nazis had captured the whole of Western Europe and the Dunkirk operation had saved an army, but left it powerless.
Since the early thirties it had been clear that Britain- as a small with heavy concentrations of population and industry to aerial bombing that any other country. Prime Minister Stanley Baldwin had predicted gloomily that 'The bomber will always get through', but Tizard believed that something could be done...

This erudite, literate, and thoroughly absorbing piece of WWII history...