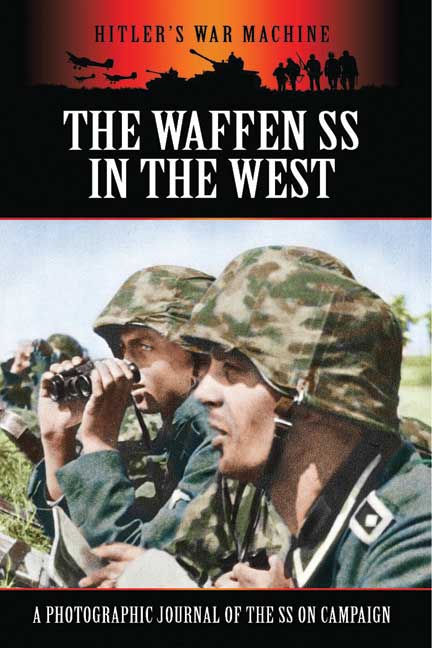 The Waffen SS in the West (Kindle)

Click here for help on how to download our eBooks
Add to Basket
Add to Wishlist
You'll be £4.99 closer to your next £10.00 credit when you purchase The Waffen SS in the West. What's this?
Need a currency converter? Check XE.com for live rates

This photographic journal was originally published in the spring of 1941. It was edited by and carried a forward by Hauptsturmführer Gunter d'Alquen, commander of the SS Propaganda Kompanie and editor of the official SS paper, Das Schwarze Korps.

Many of the pictures taken in this book feature the men of Waffen SS Standarte "Germania". In 1940 the men who bore the word Germania on their cuff bands were fighting as a motorised regiment under the command of SS-Standartenführer Karl-Maria Demelhuber.

This is a unique account of the Waffen SS on campaign in the west from a primary source, edited by, and with an introduction by Emmy award winning author Bob Carruthers.