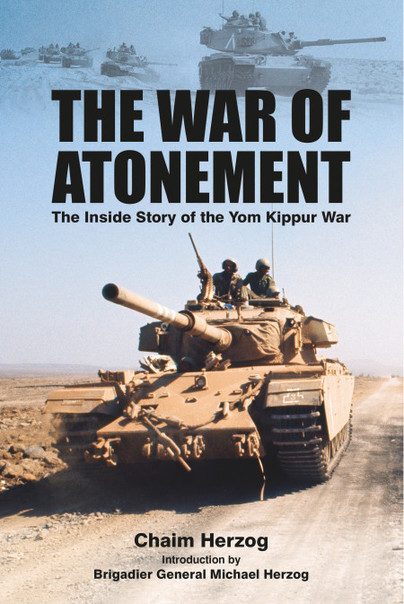 The War of Atonement (Kindle)

The Inside Story of the Yom Kippur War

Click here for help on how to download our eBooks
Add to Basket
Add to Wishlist
You'll be £4.99 closer to your next £10.00 credit when you purchase The War of Atonement. What's this?
Need a currency converter? Check XE.com for live rates

'A scrupulously researched account...the most authoritative yet to have appeared.'

'Certainly the best account of the war from the Israeli standpoint that has yet appeared or is likely to appear for some years to come.'

This is the authoritative account of the Israeli Army’s performance in the bitter Yom Kippur War of 1973. The origins of the war in the turbulent history of competing powers in the Middle East are fully explored, as are the build-up of Arab forces that almost caught Israel by surprise, and the realisation of the Israeli leadership that they would have to fight against overwhelming odds for the survival of their state. An analysis of the political implications of the conflict brings this epic tale to a close.

A gripping narrative, punctuated by first-hand accounts and interviews with combatants, The War of Atonement is full of drama and tales of inspirational bravery. For this edition Chaim Herzog’s son, Colonel Michael Herzog, has written an Introduction that places the book in the context of his father’s achievements and gives a revealing insight of the man himself. This is the most comprehensive work on a conflict that has had major implications for our own troubled times.


The War of Atonement demonstrates the extent to which the human element is often the key to the outcome of war.

Chaim Herzog is former President of Israel. His other books include the much lauded Arab-Israeli Wars. He is a noted scholar and possess substantial military experience, having served with the British Army in World War II, and with the Israel Defence Forces.