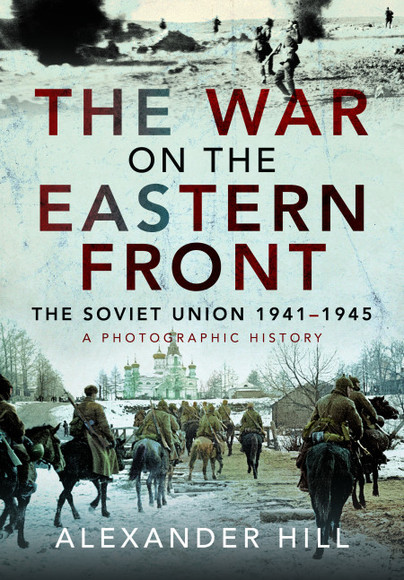 The War on the Eastern Front (Kindle)

Click here for help on how to download our eBooks
Add to Basket
Add to Wishlist
You'll be £4.99 closer to your next £10.00 credit when you purchase The War on the Eastern Front. What's this?
Need a currency converter? Check XE.com for live rates

Alexander Hill’s selection of photographs portrays the course of the war and each image is accompanied with a well informed caption. Provides a fresh perspective on the war, often very close to the Red Army soldier on the ground. Recommended.

"...modelers and dioramists will enjoy this new resource and be able to discern uniform and equipment details."

A unique and inherently fascinating contribution to the growing library of World War II histories, "The War on the Eastern Front: The Soviet Union, 1941-1945 - A Photographic History" by military historian and academician Alexander Hill is a one-of-a-kind and unreservedly recommended addition to personal, professional, community, college, and university library World War II collections and supplemental curriculum studies lists.

This is a fascinating book because it capitalises on RIA-Novosti press agency’s own photographic material, what we assume is the vaults of this agency have been trawelled for the best possible images. Now obviously this is a big and wide subject so the number of photographs had to cover a lot, but the book deals with it very well but I have to say there are quite a lot of very good photography. I suppose coming from a news agency, they obviously have the hard-hitting detail and impact you would expect. The book’s chapters cover Barbarossa to the Battle for Berlin and everything in between. I should also say that although the pictures are the main reason for the book, the book’s text and information is first class. I really good, top book certainly does credit for anyone interested in the Eastern front. Highly recommended.