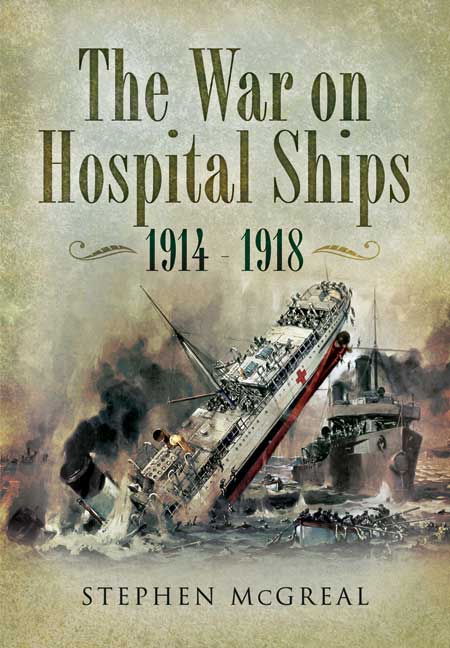 Signed copy available – request a signature plate at the checkout
Add to Basket
You'll be £4.99 closer to your next £10.00 credit when you purchase The War on the Hospital Ships 1914-1918. What's this?
Need a currency converter? Check XE.com for live rates

It is often said 'The first casualty of war is the truth' and there is no better example of this than the furore caused by the claims and counter-claims of the British and German Governments at the height of the First World War. Wounded allied personnel were invariably repatriated by hospital ships, which ran the gauntlet of mined waters and gambled on the humanity of the U- Boat commanders. For, contrary to the terms of the Geneva Convention, on occasions Germany had sunk the unarmed hospital ships under the pretence they carried reinforcement troops and ammunition. The press seized on these examples of 'Hun Barbarity', especially the drowning of non-combatant female nurses. The crisis heightened following the German Government's 1 February 1917 introduction of unrestricted naval warfare. The white painted allied hospital ships emblazoned with huge red crosses now became in German eyes legitimate targets for the U-Boats. As the war on the almost 100 strong fleet of hospital ships intensified the British threatened reprisals against Germany, in particular an Anglo-French bombing raid upon a German town. Undeterred the Germans stepped up their campaign sinking two hospital ships in swift succession. Seven hospital ships struck mines and a further eight were torpedoed. Faced with such a massacre of the innocents Britain decided her hospital ships, painted and brightly lit in accordance with the Geneva Convention, could no longer rely on this immunity. The vessels were repainted in drab colours, defensively armed and sailed as ambulance transports among protected convoys. Germany had successfully banished hospital ships from the high seas.