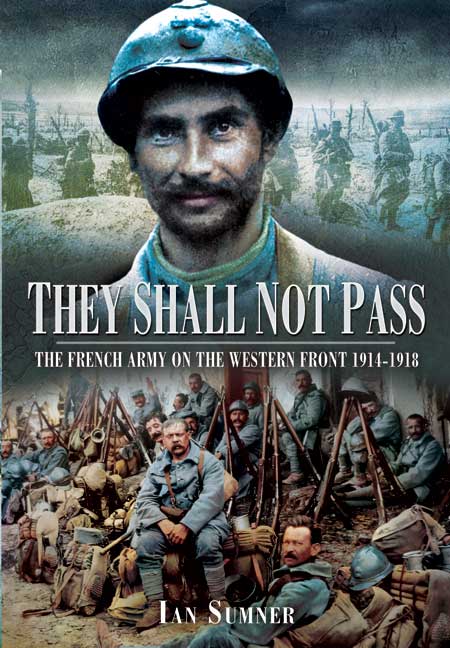 They Shall Not Pass (Kindle)

Click here for help on how to download our eBooks
Add to Basket
Add to Wishlist
You'll be £4.99 closer to your next £10.00 credit when you purchase They Shall Not Pass. What's this?
Need a currency converter? Check XE.com for live rates

This graphic collection of first-hand accounts sheds new light on the experiences of the French army during the Great War. It reveals in authentic detail the perceptions and emotions of soldiers and civilians who were caught up in the most destructive conflict the world had ever seen.

Their testimony gives a striking insight into the mentality of the troops and their experience of combat, their emotional ties to their relatives at home, their opinions about their commanders and their fellow soldiers, the appalling conditions and dangers they endured, and their attitude to their German enemy. In their own words, in diaries, letters, reports and memoirs - most of which have never been published in English before - they offer a fascinating inside view of the massive life-and-death struggle that took place on the Western Front.

Ian Sumner provides a concise narrative of the war in order to give a clear context to the eyewitness material. In effect the reader is carried through the experience of each phase of the war on the Western Front and sees events as soldiers and civilians saw them at the time. This emphasis on eyewitness accounts provides an approach to the subject that is completely new for an English-language publication.

The author's pioneering work will appeal to readers who may know something about the British and German armies on the Western Front, but little about the French army which bore the brunt of the fighting on the allied side. His book represents a milestone in publishing on the Great War.

This is an excellent piece of work, giving the English language reader a vivid insight into the struggles of the French Army, something that is often difficult to find away from Verdun and the famous mutinies of 1917. A very good addition to the literature on the Western Front. As one might expect, it’s not the most cheerful of pieces, with plenty of accounts of how dreadful life was in the trenchs, but we also get quite a bit on what motivated the French soldiers to keep on fighting.