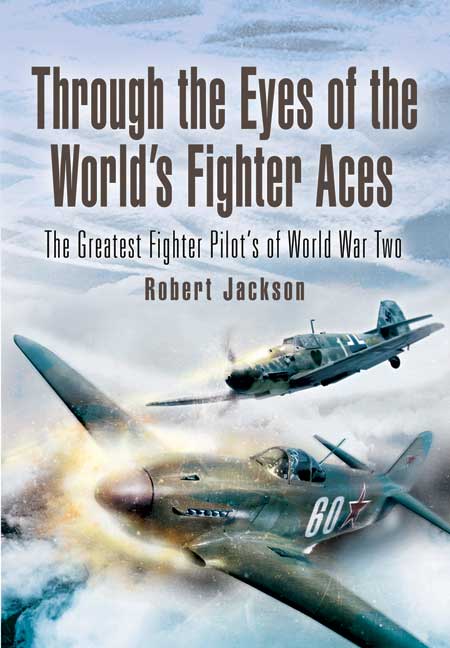 Through the Eyes of the World's Fighter Aces (Kindle)

Click here for help on how to download our eBooks
Add to Basket
Add to Wishlist
Get Through the Eyes of the World's Fighter Aces (Kindle) for FREE when you purchase 2 other eBooks.
Need a currency converter? Check XE.com for live rates

This is the story of the fighter aces who flew throughout the war in many different operational theatres. The book opens with the first Polish Aces during the German invasion and continues with Finland’s pilots in the Winter War against the Soviets. There follows the battle for France with the experiences of RAF, Luftwaffe and French Aces and then the legendary Battle of Britain. North Africa became a critical area, together with the heroic defence of Malta and air battles over Greece and the Balkans that were fought in 1941. The Eastern front opened with operation Barbarosso where German aces were created by the dozen, flying superior aircraft against an ill-trained Soviet air force – and then in the north when pilots battle for air supremacy over Leningrad and the Russian seaports. When Japan entered the fray in 1942 their first aces flew over Singapore, Java and Sumatra and the early US Marine aces earned their spurs at Gaudalcanal.