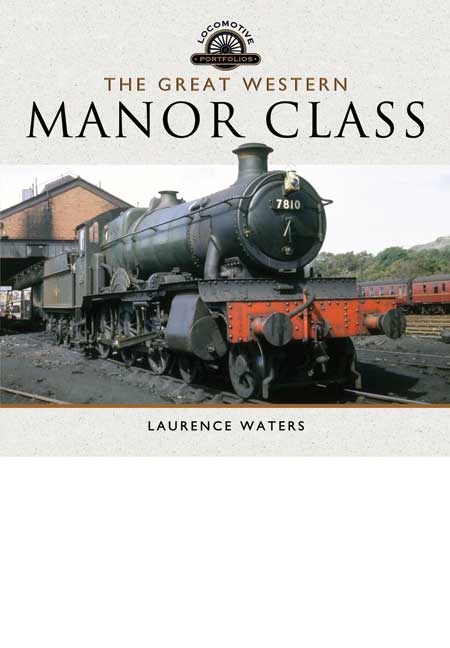 Add to Basket
Add to Wishlist
You'll be £25.00 closer to your next £10.00 credit when you purchase Great Western Manor Class. What's this?
+£4.50 UK Delivery or free UK delivery if order is over £35
(click here for international delivery rates)

The 30 Manor class 4-6-0s were designed by CB Collett in 1938, and built by the Great Western, and the Western Region at Swindon in two batches, 20 in 1938/9, and 10 in 1950. In order to save money the first 20 members of the class were built using parts from withdrawn 4300 class 2-6-0s, and were coupled to refurbished Churchward 3,500 gallon tenders. The lighter 4-6-0s Manors were given ‘blue’ route classification which allowed them to work over many secondary lines.
The construction of the Manors completed the final stage of Collett’s plan to provide a full range of 4-6-0 tender locomotives for Great Western passenger services.
Over the years the Manors saw extensive use on services in the South West, West Wales and ex-Cambrian Lines in North Wales. They provided motive power for both the ‘Pembroke Coast Express’ and the ‘Cambrian Coast Express’. Many of the class lasted to the end of steam traction on the Western Region, with the last examples being withdrawn in November 1965. Remarkably of the original 30 members of the class no fewer than 9 have survived.
In this book, author Laurence Waters charts the history of the class from their construction at Swindon in 1938, right through to the final withdrawals in 1965. Using many previously unpublished black and white, and colour photographs, accompanied by informative captions, each member of the class is illustrated. This book should appeal to those interested in the history of Great Western Locomotive development as well as modellers of the Great Western and Western Region.

This volume complements the Peto Register Volume 2, the photographic record is excellent and it is well presented.

The situation where the images were taken are ideal, since they allow us to observe in the background many buildings, stations or areas with human presence and also serve as extra documentation that helps us to have a better view of the time.

An exquisite work and an archive of luxury images.

A book to be savoured, pored over time and time again and above all - enjoyed!
Thoroughly recommended to all GWR aficionados!

THE COMPACT GRW Manor Class 4-6-Os gained a feisty reputation after the modifications of the 1950s and this latest book in the series from Pen and Sword delight enthusiasts of the class.

Laurence Waters is to be congratulated on producing a most informative text that reveals many facts that I have not seen previously recorded - such as the choice of loco names and the proposals for a further batch.

The design development of the class is covered thoroughly without being too technical. So too is the initial poor steaming with discussions on what tests were conducted, what changes to the draughting were made and what effect these had on performance.

Laurence then provides a wonderful array of photos with multiple scenes featuring every member of the class, many of which I have not seen before and I believe have not been previously published. Several members of the class were thought to be 'camera shy' but Laurence doesn't seem to have encountered that problem.

Finally, the photos do not merely show the Manors at work across all corners of the Western Region but also provide a real insight into a largely lost world of branch lines and local freight trains passing through well maintained stations with smartly dressed staff.

I found the whole book to be well written and a long-overdue treasure which will reside in pride of place on the bookshelf.

Laurence Waters is to be congratulated on producing a most informative text that reveals many facts that I have not seen previously recorded.
I found the whole book a well written and long overdue treasure which will reside in pride of place on the bookshelf.
I can whole heartedly recommend it to lovers of the Manor Class in particular as well as western steam fans in general.