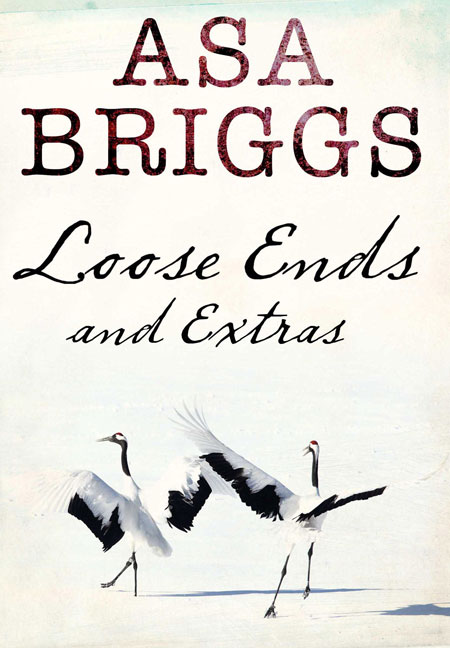 Add to Basket
Add to Wishlist
You'll be £19.99 closer to your next £10.00 credit when you purchase Loose Ends and Extras. What's this?
+£4.50 UK Delivery or free UK delivery if order is over £35
(click here for international delivery rates)

Loose Ends and Extras is the last in a trilogy of books Lord Briggs has completed since his 90th birthday in May 2011. Following on from Special Relationships: People and Places, it deals with our relationship with time, and the differences between memory and history, in the context of his long and remarkable career.

For example, as the official historian of the BBC, he worked closely with its legendary Director-General Lord Reith, and he compares the man he knew with the historical figure Reith has now become. The book also deals with 'Pasts, Present, and Futures' – there are many versions of the past and many possible futures, but only one present. This is another exceptional book from an exceptional man.

The former official historian of the BBC, who worked with the legendary Lord Reith, has produced this third volume of reminiscences. A remarkable memoir full of fascinating anecdotes, musings on historic events, and landmarks in his own extraordinary life and career. In the centenary of the outbreak of the First World War, distinguished Historian, Cambridge graduate and Bletchley Park code-breaker Briggs examines the relationship between memory and history, positing that there are multiple versions of the past and many possible futures - but only one present. Against the background of a century of political and social change, bringing in his establishment of a science faculty as Vice Chancellor of the University of Sussex, he showcases his infectious enthusiasm for the history of retail.

Absorbing, entertaining, endlessly surprising and thought-provoking, this is a remarkable portrait of a remarkable life.