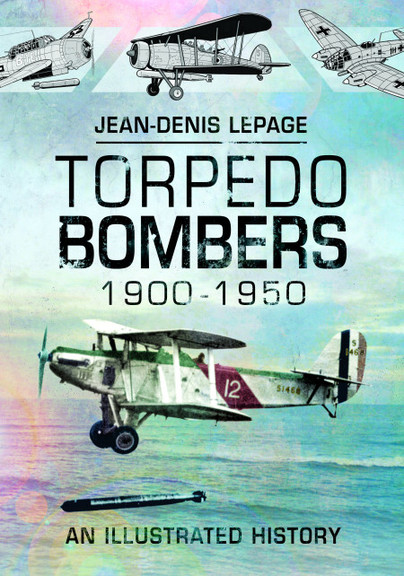 Click here for help on how to download our eBooks
Add to Basket
Add to Wishlist
You'll be £4.99 closer to your next £10.00 credit when you purchase Torpedo Bombers, 1900–1950. What's this?
Need a currency converter? Check XE.com for live rates

Jean-Denis Lepage was born in 1952 at Meaux (France) near Paris. After studying English at the University of Angers (Maine-et-Loire), Jean-Denis worked in the UK before moving to Groningen in The Netherlands. Until recently he worked as a free-lance translator, illustrator and author but has recently retired. He has published several books with the accent on fortifications and the Second World War. His previous works include: Hitler’s Stormtroopers (Frontline, 2016) and Torpedo Bombers (Pen & Sword, 2020).