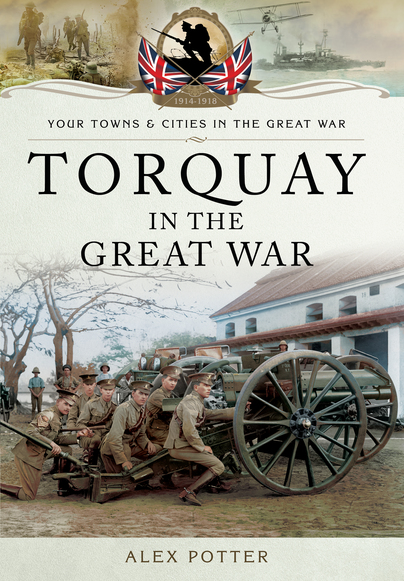 Torquay in the Great War (Kindle)

Click here for help on how to download our eBooks
Add to Basket
Add to Wishlist
You'll be £4.99 closer to your next £10.00 credit when you purchase Torquay in the Great War. What's this?
Need a currency converter? Check XE.com for live rates

In 1914 Torquay was the crown jewel of the English Riviera, long the haunt of the rich and famous but this status was not to last. The Great War of 1914-1918 brought a shuddering end to this golden period in amongst the blood and mud of the Western Front as hundreds of Torquinians gave their lives in the fight against the Kaiser. This book documents the town's experience, both militarily and socially through the extensive use of previously unpublished letters from those who served, by following the career of General Sir Herbert Plumer, commander of the British Second Army and native Torquinian and by featuring a detailed analysis of the home front throughout the war. In doing so it challenges many of the war's myths including the idea of war enthusiasm in 1914, widespread opposition to the war and the old myth of lions led by donkeys. In doing so it reveals the extent to which even a small town such as Torquay contributed to the war effort and how much the war permanently changed Torquay.

Torquay author Alex Potter has produced the first ever book which tells the story of his hometown during the First World War. 'Torquay in the Great War' analyses the contribution that the town made to the war and its experiences of the home front. This book meticulously documents the town's experience of war through the extensive use of rare and previously unpublished letters...

Alex Potter grew up in Torquay and possesses a BA (Hons) degree in History and Politics from Queen Mary University, London where he studied the Great War under Professor Dan Todman, whose teaching directly inspired the creation of this book. This is his first full length publication.