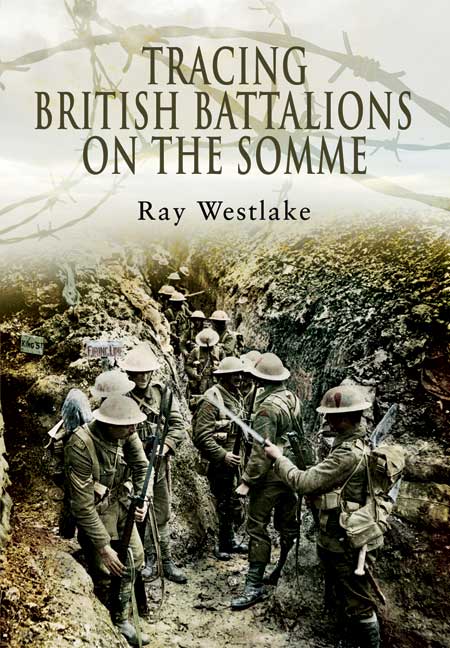 Add to Basket
Add to Wishlist
You'll be £10.49 closer to your next £10.00 credit when you purchase Tracing British Battalions on the Somme. What's this?
+£4.50 UK Delivery or free UK delivery if order is over £35
(click here for international delivery rates)

Order within the next 1 hour, 59 minutes to get your order processed the next working day!

Although seventy-eight years have passed since the Battle of the Somme was fought, interest in this, the bloodiest battle of the First World War, has never waned. Ray Westlake has collated all the information so painstakingly gathered, to produce a comprehensive compendium of the exact movements of every battalion involved in the battle.

This book is invaluable not only to researchers but to all those visiting the battlefield and anxious to trace the movements of their forebears.