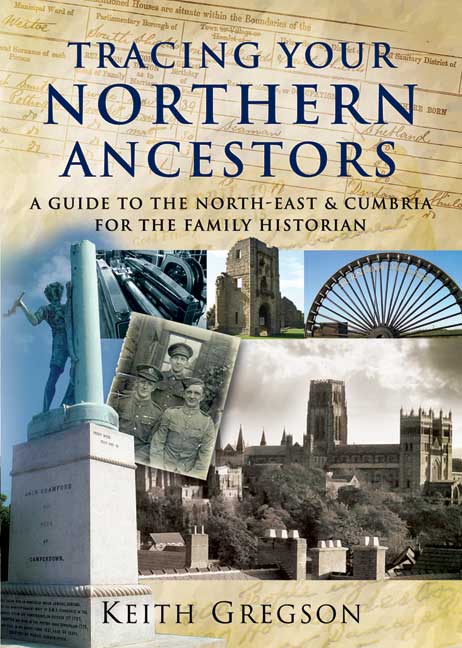 A Guide to the North East & Cumbria for the Family Historian

Click here for help on how to download our eBooks
Add to Basket
Add to Wishlist
You'll be £4.99 closer to your next £10.00 credit when you purchase Tracing Your Northern Ancestors. What's this?
Need a currency converter? Check XE.com for live rates

The far north of England is a key site for family historians. Many researchers, seeking to trace their ancestry back through the generations, will find their trail leads to the north or through it. And yet, despite the burgeoning interest in genealogy and the importance of the region in so many life stories, no previous book has provided a guide to the documents and records that family historians can use in their search. In this accessible and informative introduction to the subject, Keith Gregson looks at the history and heritage of the region - of Northumberland, Tyneside, Durham, Wearside, Tees Valley and Cumbria - and gives a fascinating insight into the world in which our ancestors lived. He introduces the reader to the variety of records that are available for genealogical research, from legal and ecclesiastical archives, birth and death certificates to the records of local government, employers, institutions, clubs, societies and schools.

As seen in Essex Life magazine.

Author article 'Life after Armistice' as featured by

Of relevance and interest to historians
and social historians.

Keith Gregson writes on family history and specialises as a historian of the social and economic history of the nineteenth century, a period of agricultural and industrial revolution that transformed the lives of the people of the North. He was born of northern parents and raised from infancy in the North where he still lives and writes. He has published a number of works of regional significance including Cumbrian Songs and Ballads and Corvan - A Victorian Entertainer and His Songs.