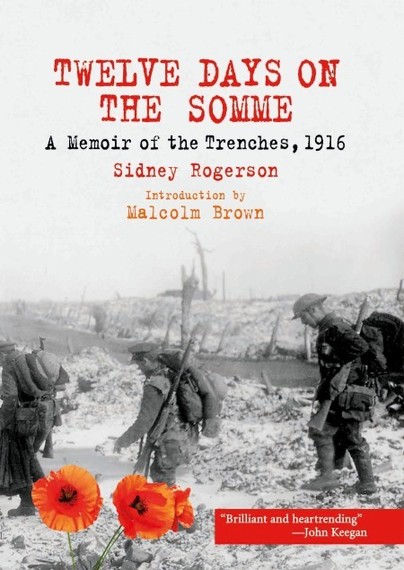 Twelve Days on the Somme (Kindle)

Click here for help on how to download our eBooks
Add to Basket
Add to Wishlist
You'll be £4.99 closer to your next £10.00 credit when you purchase Twelve Days on the Somme. What's this?
Need a currency converter? Check XE.com for live rates

A joint operation between Britain and France in 1916, the Battle of the Somme was an attempt to gain territory and dent Germany's military strength. By the end of the action, very little ground had been won: the Allied Forces had made just 12 km. For this slight gain, more than a million lives were lost.


The story of this campaign has always floored me and as a young person, I feel it's so important to learn about the things that had dramatic impacts on prior generations (and it really wasn't that long ago). Though difficult, this felt like an important read and highlights how important it is to remember.

This was a great memoir, it was able to weave a beautifully done story of war. The writing kept me invested and I couldn't put the book down.

This a fresh and engaging impression of war as though the soldier had just returned on leave and been asked what things were like in the trenches. A memoir is always a personal matter and this one presents terrible conditions as they were commonly seen by a soldier – Most Highly Recommended

This remains a classic memoir that should be on everyone’s reading list.

This book is a good, quick read and highly recommended for anyone who wants to learn about what it was like to be a company commander in a British infantry battalion, even if for just a few days near the end of one of the bloodiest campaigns of the Great War.