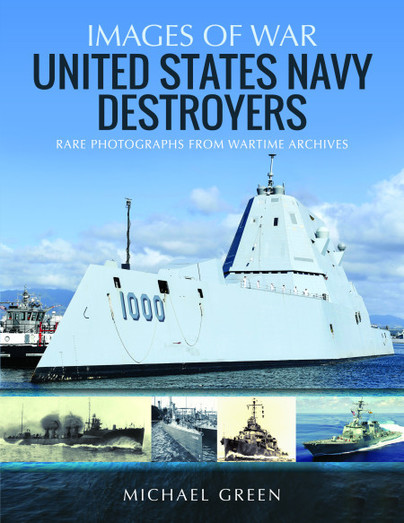 Click here for help on how to download our eBooks
Add to Basket
Add to Wishlist
You'll be £7.98 closer to your next £10.00 credit when you purchase United States Navy Destroyers. What's this?
Need a currency converter? Check XE.com for live rates

"This book not only details the ships, their specs and evolution of Destroyers, but also describes in detail many of the weapons, fire control and radar systems (Development and evolution) of these ships with ample photos of each."

In this lavishly illustrated book the author and naval historian, Michael Green describes every class of destroyer that has been commissioned into the US Navy over the last 100 years.

"Another winner in the series."

"This is one neat book on US destroyers. It will be of great interest to ship modelers and naval historians alike. Highly recommended."

Another brilliant book in the Images of War series, this time concentrating on US Destroyers. Faultless.