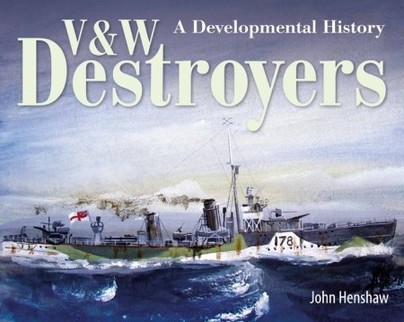 Click here for help on how to download our eBooks
Add to Basket
Add to Wishlist
You'll be £9.98 closer to your next £10.00 credit when you purchase V & W Destroyers. What's this?
Need a currency converter? Check XE.com for live rates

If you are a British naval enthusiast you will find this book of interest, and perhaps the very excellent drawings by the author become this title’s strong suit.

As a wide ranging work it could help ship modellers and was clearly a labour of love for the author who has contributed a useful volume of naval history.