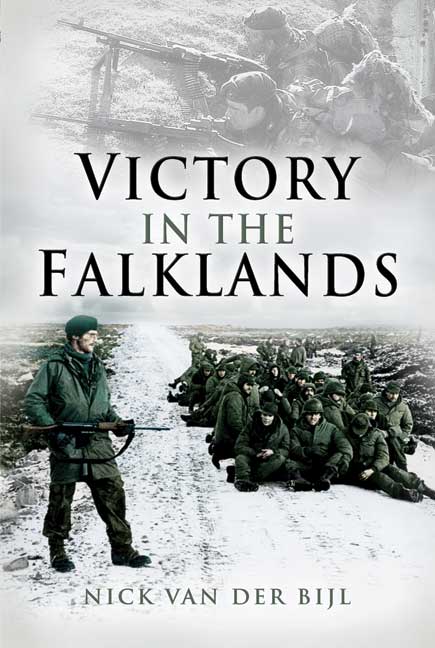 Victory in the Falklands (Kindle)

Click here for help on how to download our eBooks
Add to Basket
Add to Wishlist
You'll be £4.99 closer to your next £10.00 credit when you purchase Victory in the Falklands. What's this?
Need a currency converter? Check XE.com for live rates

The Hundred Days that saw the British response to General Galtiere of Argentina’s invasion of the Falklands are for many British people the most remarkable of their lives.

It describes the dark days of early April, the feverish response and forming of the Task Force, the anxieties and uncertainties, the naval and air battles that preceded the landings by 3 Commando Brigade and 5th Infantry Brigade. The extraordinary battles such as Goose Green, Mount Tumbledown, Wireless Ridge etc are narrated fully but succinctly.

This is a very balanced overview of a never-to-be-repeated but triumphant chapter in British military history.

The Falkland Islands, a British possession for 149 years, are invaded by Argentina on this day. The British have long claimed the Falklands, based on their discovery by British navigator John Davis in 1592, but they have also been claimed and occupied at various times by Spain, France, and Argentina. For several decades, Argentina petitioned the United Nations for possession of the Falkland Islands, but Britain refused to comply, leading Argentine dictator General Leopoldo Galtieri to order a full-scale invasion.

Surrender of Argentinian troops by General Menendez to the British Task Force in Port Stanley following the Argentine invasion of the British-owned Falkland Islands in the South Atlantic.