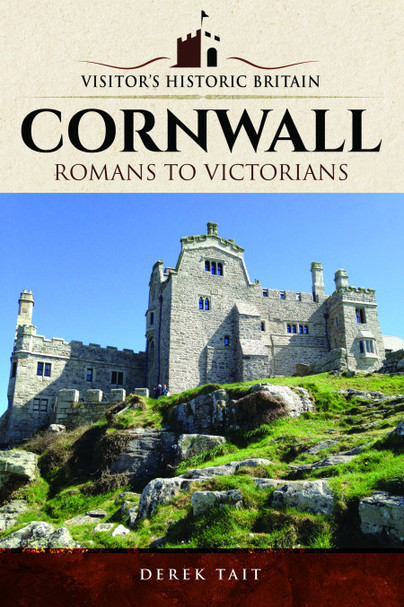 Click here for help on how to download our eBooks
Add to Basket
Add to Wishlist
You'll be £4.99 closer to your next £10.00 credit when you purchase Visitor's Historic Britain: Cornwall. What's this?
Need a currency converter? Check XE.com for live rates

Cornwall has a rich and diverse history stretching from prehistoric times to the Norman Conquest and beyond, including the turbulent Tudor period, the English Civil War and the First and Second World Wars. Neolithic settlements and Bronze Age dwellings have been found at Carn Brea in Redruth and Rough Tour at Camelford, and many standing stones are scattered across the land. An ancient forest lies beneath the waters between Marazion and the legendary St Michael's Mount, which dates back thousands of years.

The area is steeped in legend and Tintagel has mythical connections with King Arthur, although the present castle was probably constructed by Richard, Earl of Cornwall (brother to King Henry III), who owned the site from about 1234. Tales of the Devil, giants, minions and other imps abound in the county.

Many of Daphne Du Maurier's books are set in Cornwall including Jamaica Inn and Frenchman's Creek. Virginia Woolf's novel To the Lighthouse was based on holidays at St Ives, Cornwall, where her family took her every summer until 1895. The lighthouse at Godrevy gives inspiration to the title.

Various battles and conflicts as well as the diverse and fascinating history of Cornwall are all featured within the pages of this book, which also includes many of the well-known people who have greatly influenced the area over the years.

Well-written and well-illustrated, this book is a must for anyone with an interest in Cornwall.

This is a perfect book to accompany you on your summertime adventures whilst you delve into Cornwall's unique history.