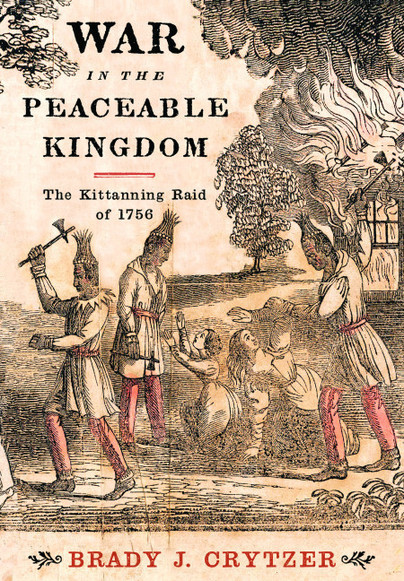 War in the Peaceable Kingdom (Paperback)

The Kittanning Raid of 1756

Preorder
Add to Wishlist
You'll be £11.99 closer to your next £10.00 credit when you purchase War in the Peaceable Kingdom. What's this?
+£4.50 UK Delivery or free UK delivery if order is over £35
(click here for international delivery rates)

On the morning of September 8, 1756, a band of about three hundred volunteers of a newly created Pennsylvania militia led by Lt. Col. John Armstrong crept slowly through the western Pennsylvania brush. The night before they had reviewed a plan to quietly surround and attack the Lenape, or Delaware, Indian village of Kittanning. The Pennsylvanians had learned that several prominent Delaware who had led recent attacks on frontier settlements as well as a number of white prisoners were at the village. Seeking reprisal, Armstrong's force successfully assaulted Kittanning, killing one of the Delaware they sought, but causing most to flee—along with their prisoners. Armstrong then ordered the village burned. The raid did not achieve all of its goals, but it did lead to the Indians relocating their villages further away from the frontier settlements. However, it was a major victory for those Pennsylvanians—including some Quaker legislators—who believed the colony must be able to defend itself from outside attack, whether from the French, Indians, or another colony. In War in the Peaceable Kingdom: The Kittanning Raid of 1756, historian Brady J. Crytzer follows the two major threads that intertwined at Kittanning: the French and Indian War that began in the Pennsylvania frontier, and the bitter struggle between pacifist Quakers and those Quakers and others—most notably, Benjamin Franklin— who supported the need to take up arms. It was a transformational moment for the American colonies. Rather than having a large, pacifist Pennsylvania in the heart of British North America, the colony now joined the others in training soldiers for defense. Ironically, it would be Pennsylvania soldiers who, in the early days of the American Revolution, would be crucial to the survival of George Washington's army