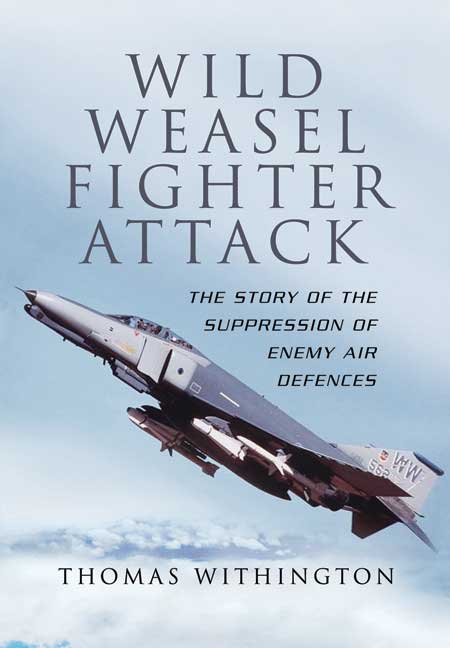 The Story of the Suppression of Enemy Air Defences

Add to Basket
You'll be £4.99 closer to your next £10.00 credit when you purchase Wild Weasel Fighter Attack. What's this?
Need a currency converter? Check XE.com for live rates

Detecting and destroying enemy Surface-to-Air Missiles (SAMs) and radar is arguably the most dangerous mission that any pilot can undertake. Tactics differ with air forces, but the general principal is to fly a formation of aircraft into an area where the enemy's air defences are strong, wait for their radar to illuminate the aircraft and then launch a volley of anti-radiation missiles to destroy the radar and thus blind the SAMs and air defences. Put simply, without the Suppression of Enemy Air Defences (SEAD) mission, the loss of other aircraft will be too high and the effectiveness of attack on the enemy too low.

Despite the undeniable bravery of the aircrews who flew these missions for the United States Air Force in every conflict since the Vietnam war, and their colleagues in other air forces across the world who have risked their lives in similar missions, the tactics, history, aircraft and weapons of the SEAD mission have seldom benefited from rigorous historical examination.

Using interviews with SEAD pilots, industrial experts and historical documents this book for the first time will give a detailed history of the SEAD mission from the Vietnam War to the present day.