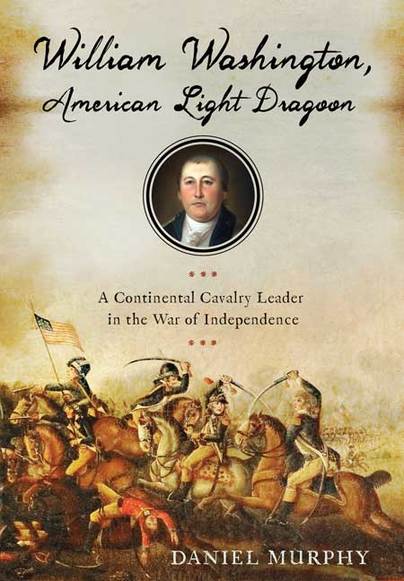 A Continental Cavalry Leader in the War of Independence

Add to Basket
Add to Wishlist
You'll be £13.99 closer to your next £10.00 credit when you purchase William Washington, American Dragoon. What's this?
+£4.50 UK Delivery or free UK delivery if order is over £35
(click here for international delivery rates)

William Washington began the war as a captain of Virginia Militia, was commissioned a junior officer in the Continental Infantry, and slowly rose to field command in the Continental Light Dragoons where he built one of the hardest hitting cavalry
regiments to serve in the war. His chief adversary Lord Cornwallis commented that, “There could be no more formidable antagonist in a charge, at the head of his cavalry, than Colonel William Washington.” Despite his connection to the commander-in-chief, he suffered his fair share of setbacks, and his relationships varied with not only his legendary cousin George, but many well-known figures of the Revolution including, Henry Lee, Casimir Pulaski, Nathanael Greene, and Daniel Morgan. Relying largely on firsthand accounts and period letters, in William Washington: American Light Dragoon: A Continental Cavalry Leader in the War of Independence, author and avid equestrian Daniel Murphy blends these primary sources with his own working knowledge of period drill, tactics, and terrain to deliver a more complete view of William Washington's actions throughout the conflict. This perspective traces the often overlooked role of cavalry in the American Revolution and sheds new light on many pivotal battles in of the war including, Trenton, Cowpens, Guilford Courthouse, Hobkirk's Hill, and William Washington's final action
at Eutaw Springs.