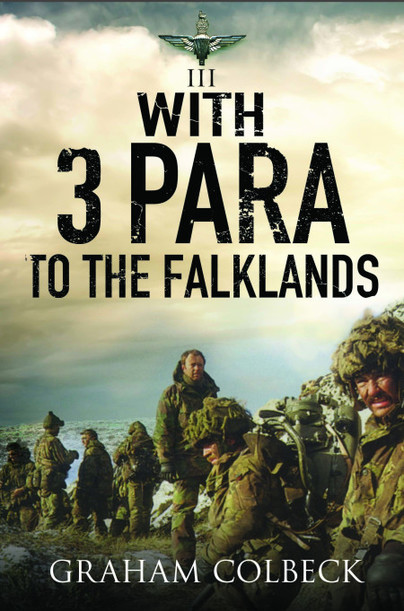 With 3 Para to the Falklands (Kindle)

Click here for help on how to download our eBooks
Add to Basket
Add to Wishlist
You'll be £4.99 closer to your next £10.00 credit when you purchase With 3 Para to the Falklands. What's this?
Need a currency converter? Check XE.com for live rates

‘Colbeck recalls his every advance and battle in careful detail.' – Publishers Weekly

‘This book should be read by any soldier who wants to understand how to make training not a mere substitute for war, but a demanding and constructive preparation for it.’
– Sir Huw Pike

On Friday, April 9, 1982, a British task force set sail for the Falkland Islands. Three months later, after a short but brutal campaign, it had successfully completed its mission of ejecting the Argentinean occupying forces from the islands.

With 3 Para to the Falklands is the full story of that dramatic struggle from the point of view of a sergeant in the Third Battalion, Parachute Regiment (3 Para). This elite battle group played a significant part in the campaign, marching from Port San Carlos to Port Stanley and fighting in one of its most crucial, yet often-neglected battles – the night assault on Mount Longdon.

Graham Colbeck was there every step of the way and his vivid account reveals the stark realities of fighting in this stubbornly contested conflict. His narrative brings to the fore the chilling nature of the combat, the challenge of the harsh conditions met on the Falklands, the training and techniques of an elite force, and the comradeship of troops in battle.

If you want to get a real idea of what it was like being on the ground when the British forces retook the Falklands, this is highly recommended.