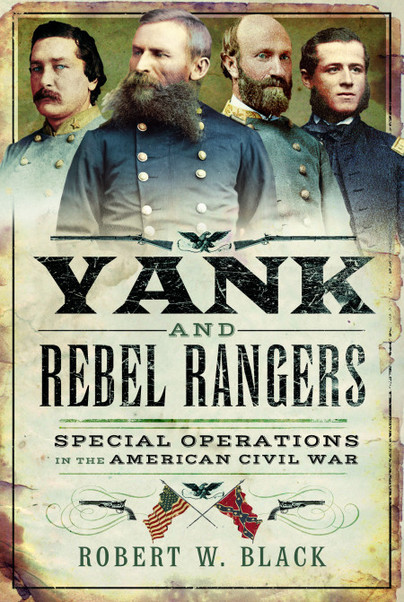 Click here for help on how to download our eBooks
Add to Basket
Add to Wishlist
You'll be £4.99 closer to your next £10.00 credit when you purchase Yank and Rebel Rangers. What's this?
Need a currency converter? Check XE.com for live rates

"...an exciting read, full of daring feats and romantic rides through enemy lines..."

"Black makes no value judgments concerning any of these partisan groups. Instead, each is presented clearly and without prejudice—let the readers make up their own minds about the moral implications of the actions of these groups and individuals."

"I recommend Yanks and Rebel Rangers to anyone interested in partisan warfare in general and Civil War partisans specifically."

Overall, the book is an excellent overview, and in many instances entertaining, of the evolution of the Rangers during the American Civil War. Readers having a special operations background or interest, as well as Civil War buffs, will be rewarded by reading this book.