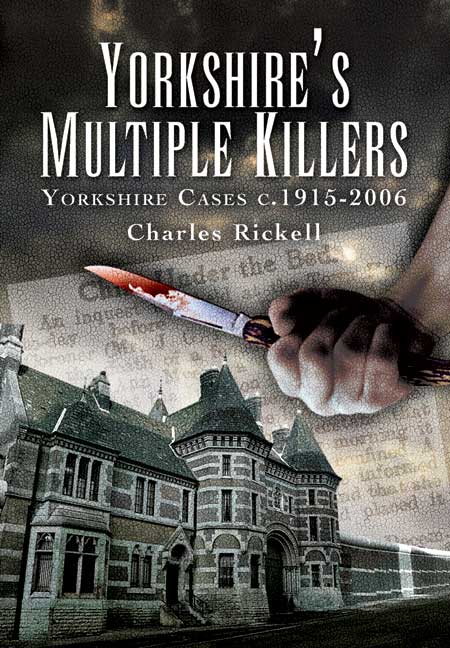 Click here for help on how to download our eBooks
Add to Basket
Add to Wishlist
You'll be £4.99 closer to your next £10.00 credit when you purchase Yorkshire's Multiple Killers. What's this?
Need a currency converter? Check XE.com for live rates

Convicted killers seldom kill again - or do they? Recent research has shown that since 1965 about 120 persons convicted of murder or manslaughter in England and Wales have killed again. In a longer term context, True Crime writer Charles Rickell has uncovered 24 cases with Yorkshire associations, from the Great War to 2005/06.Two sensational examples relate to convicted individuals who even killed for a third time: William Burkitt in Hull (1915, 1924 and 1939) and Anthony O'Rourke in Pickering (1949 & 1951) and Slough (1962). Convicted killers also killed again whilst in prison: Peter Dunford
(Wakefield, 1964); Douglas Wakefield (Parkhurst, 1981); John Paton (Wakefield, 1976 and Parkhurst, 1981) and Robert Mawdsley (Broadmoor, 1977 and Wakefield, 1978). The sensational Magee case is also included. This convicted IRA killer (now released again) fatally shot a special constable at Tadcaster in 1992.