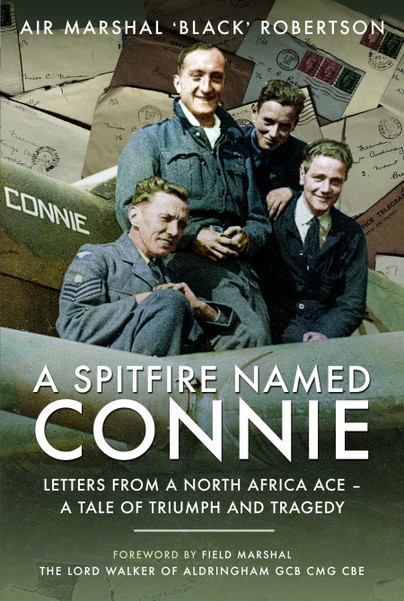 The story behind the book

Black Robertson was a reluctant author. While he didn’t like writing about himself, in Fighters in the Blood he found a way to overcome such misgivings – by linking his own story to episodes about his father, a WWII Spitfire ace. At the time he thought he’d done him justice. But with readers keen to know more about Ron ‘Robbie’ Robertson, he soon realised his mistake. There was so much more to be said. A Spitfire Named Connie is the fascinating result.

The story of the book

Between 1939 and 1945 Robbie wrote more than 350 letters to the schoolgirl, Connie Freeman, he eventually married. They were found, perfectly preserved, when Connie died. Out of respect for his parents’ privacy, the author deferred reading them for more than a decade. It was worth the wait. What they eventually revealed was a graphic picture of the impact of war – on society as well as individual lives. All too many friendships, relationships and even marriages ended almost before they’d begun. Reading words written some 80 years earlier – hopes and fears expressed in restrained language typical of the time – was a profoundly moving experience for the author. So what better way to tell Robbie’s story than by using his own words? 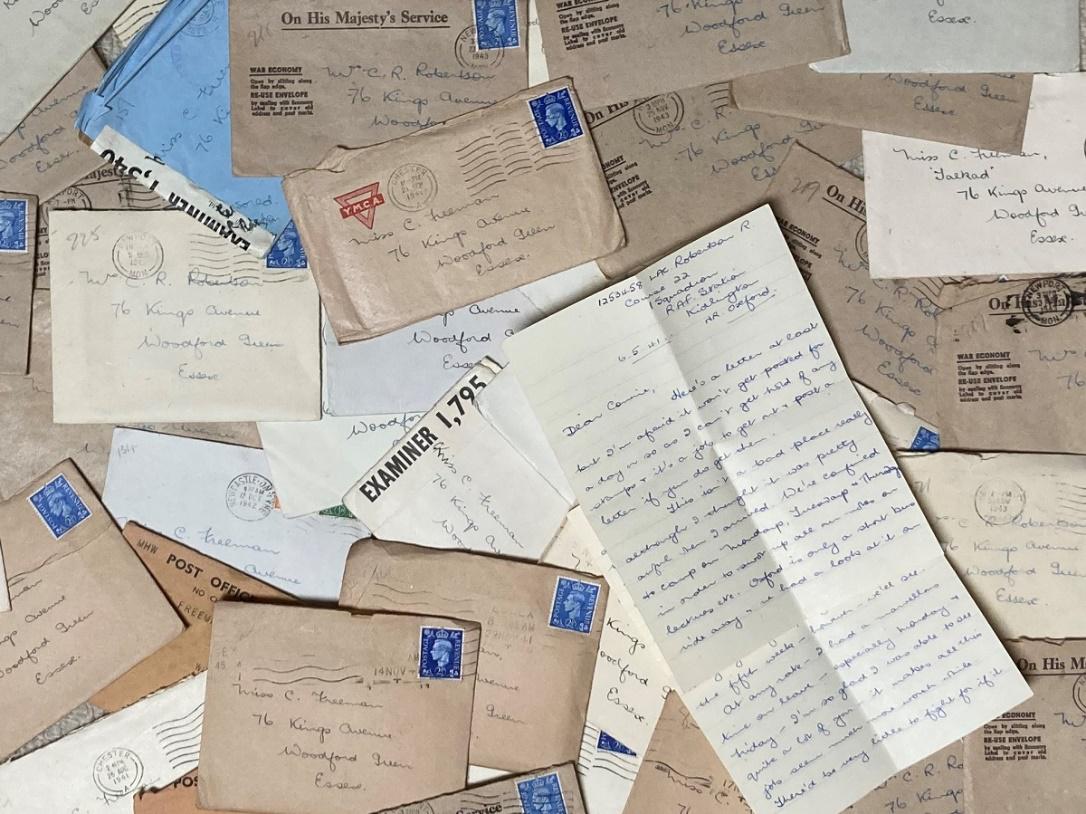 The story in the book

The first time we meet Robbie is just before the outbreak of war. Aged 21, curiously attracted to a fellow competitive swimmer six years his junior, he begins a correspondence that encapsulates his entire RAF career. It’s a story of two love affairs: with flying and with Connie herself – love affairs conjoined when he paints his sweetheart’s name on his aircraft.

Desperate to become a fighter pilot, Robbie spends more than a year in training, eventually reaching his first Spitfire squadron in late 1941. His progress through training, and indeed thereafter, is marked by extraordinary good fortune – witness the half dozen or so Spitfire incidents that with one tragic exception he survives unscathed. Too many of his friends and colleagues are less fortunate. 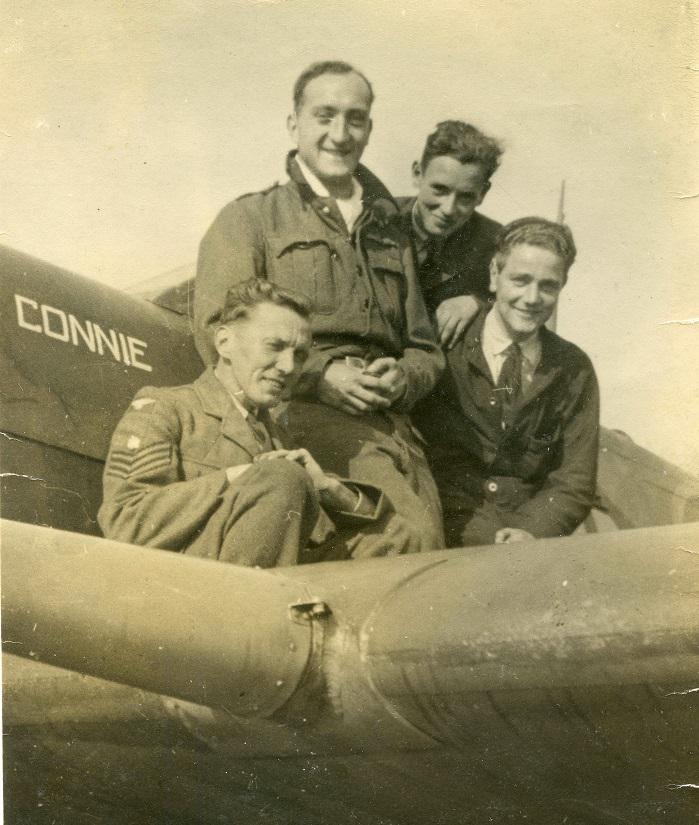 Flying with the stuff of legend, including Battle of Briton heroes Brian Kingcome and Bob Stanford Tuck, Robbie learns fast; he relishes the challenge of combat. By Easter 1942 he’s engaged to Connie but disturbed by rumours of an overseas deployment later in the year. Like his closest friend, ‘Sailor’ Malan’s brother ‘George’, he tries desperately to avoid 72 Squadron’s impending move. No such luck though.

By November 1942 the squadron is suffering the privations of conflict in North Africa, their tented airfield subject to regular German air attacks. It’s here, a month later, that Robbie secures the fifth ‘kill’ that confirms his status as an ‘ace’– but only after a lucky escape. Returning from a dogfight involving the same Luftwaffe Experte who will eventually shoot him down, he finds seven bullet holes in a neat pattern just behind the cockpit. His demise two days later comes while saving the life of a colleague – a selfless act that costs him his flying career. Rescued after crash-landing, the next couple of weeks see him shunted between various medical facilities as surgeons struggle vainly to save his sight. Faced with the inevitable, he eventually agrees to the removal of his right eye.

Following repatriation to the UK and further medical treatment, he’s destined to spend the rest of the war in a desk appointment. Gradually he becomes more disillusioned. The one bright spot is marriage to the young woman who earlier rejected his offer to release her from their engagement. It was contained in a moving letter written from hospital in Algiers, the moment he could focus sufficiently to put pen to paper. 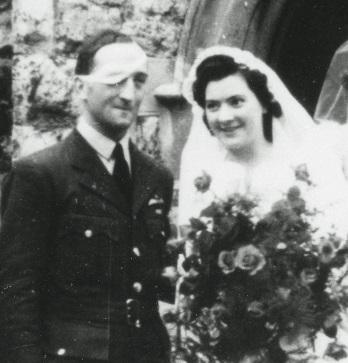 What gives this poignant tale its immediacy and indeed intimacy are the hundreds of letters faithfully reproduced. They provide a contemporaneous diary of events – of emotions too –unrivalled in its authenticity. A Spitfire Named Connie offers an exciting glimpse of life in a bygone era that will touch every reader, even those with little interest in aviation.

A Spitfire Named Connie is available to order here.