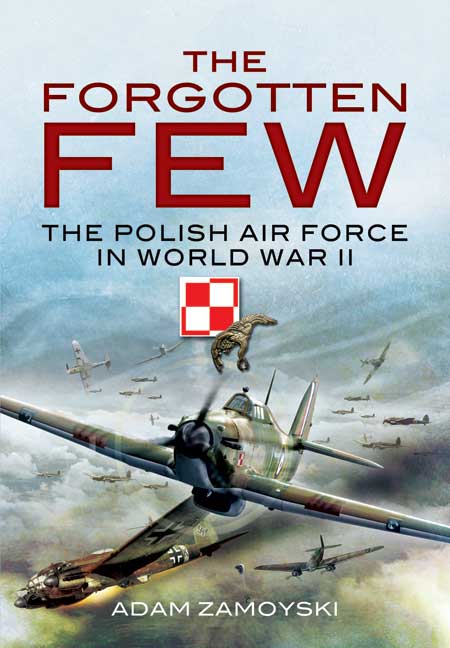 As I near the end of writing a book I usually become overwhelmed by a desire to just get it over with. After a time, I begin to wish I had added a chapter or two describing what happened to some of the more colourful actors or reflecting on the ironies revealed by the passage of time. But in this case, after I had sent the text off to my publisher, I began to have rather different regrets. I wished I had dwelt more on the contacts between the Poles and their British hosts, both military and, perhaps more interestingly, civilian. The book does cover this angle at some length, but with hindsight I began to feel that there was almost another book to be written on the subject.

This feeling was reinforced when, a few years later, I heard that when the BBC was trying to make its regional stations more relevant by including programmes in the minority languages spoken in their area, research revealed that the second language of Lincolnshire was Polish.

This is not as surprising as it might sound. The Free French, Czechs, Dutch and other European air squadrons which operated in Britain during World War II consisted of foreign pilots, but their ground crews and other personnel were almost entirely British RAF servicemen. The Polish ones, on the other hand, were made up entirely of Poles. This meant that when a Polish squadron was stationed on a base, several hundred Poles turned up in the area – as many as 500 in the case of bomber squadrons, four of which were based in Lincolnshire for a considerable period and were disbanded there.

In my book I devote a certain amount of space to the most attention-catching stories of wartime romances and interaction with the local populations. I also describe the close ties between British ‘godmothers’ and ‘aunties’, often older women, many of them widowed or separated from husbands serving abroad, who would give tea, dinner and a home from home to the Poles, who had nowhere to go when on leave. These asexual relationships were widespread and provided solace for both parties, even when there was one woman mothering half-a-dozen or more homesick young men, and there was many a house up and down the country with framed photographs of Polish airmen – which would be draped with black crepe if they were lost in action.

There were clashes of culture, class differences and regional variations I wish I had explored in greater depth. But there were also unexpected affinities and, it would seem, a kind of liberating element for some British women in opting for the outsider (much the same was true of those who would marry American servicemen). From anecdotal evidence and my own experience it seems that more intense romantic attachments existed between Polish airmen and upper-class women, including members of the aristocracy than with other segments of the population, and between less glamorous other ranks and the working or rural classes. There was a high incidence of inter-marriage at the end of the war between ground crews and working-class women in the areas where Polish squadrons were stationed for long periods, such as Lincolnshire. The Poles in general also met with a more cordial welcome in Scotland, where many settled and married after the war.

In my book I do single out some of the more arresting examples of the integration of the airmen into British society, but I would have liked to give more space to the process of adaptation, and indeed of the often tragic inability to adapt, to the new reality. Some British women followed husbands who were lured back to Poland, where they were isolated and politically discriminated against, and from where many returned, terminally disillusioned. Some of the Poles never managed to adapt to life in Britain and remained in the camps set up by the Resettlement Corps, where they were supposed to learn a trade that would permit them to start a new life here. There were still a few such camps in existence several decades after the war, mostly in isolated areas of Wales and the South West, weird islets of a bygone Poland in which they lived out their lives in wartime military pre-fabs and Nissen huts.

The more I think about it, it would be fascinating to trace the lives of the next generation, some of whom achieved prominence in fields ranging from business to entertainment, but most of whom, brought up in a spirit of pre-war patriotism and civic duty, served their new country with distinction in more low-profile jobs, such as doctors, policemen, engineers and soldiers.