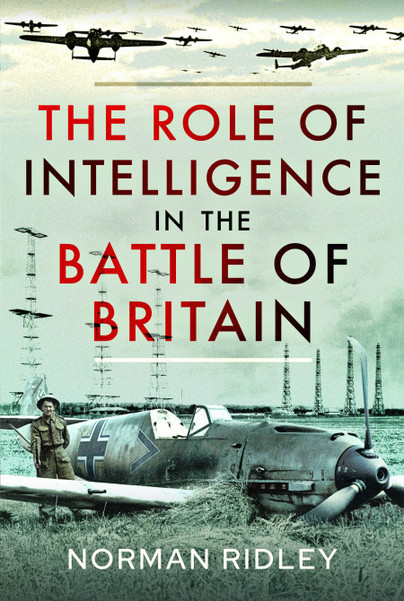 ‘Many intelligence reports in war are contradictory; even more are false, and most are uncertain …. In short, most intelligence is false.’

It is clear that Clausewitz had a low opinion of military intelligence, which might be defined as the ability to produce worthwhile intelligence effectively over extended periods in support of day-to-day missions at all levels, in peace and war. The collection of intelligence is suffused with imponderables as it attempts to see through the ‘fog of war’ to determine the reliability of information, to overcome the limitation inherent in observation, to penetrate the mind of the enemy, to overcome the dominance of prejudice over fact and to make sense of what has been discovered.

It is axiomatic that intelligence is not always available and that uncertainties are always present in any intelligence system or activity but that does not invalidate the conceptual need and usefulness of intelligence. In this respect, Clausewitz appears to display a shallow and somewhat one-sided view which was almost certainly shaped by the times in which he lived [1780-1831] and his personal experiences of the five wars in which he served.

His first military involvement was as the adjutant of a Prussian infantry battalion in the Battle of Auerstadt in 1806 when he was captured and imprisoned by the French as the Prussian army suffered its greatest defeat at the hands of Napoleon. This first debacle indelibly coloured all of Clausewitz’s theorising on intelligence which was unfortunate since the defeat was not down to intelligence per se but its application in this instance. Despite the fact that Prussian cavalry had been assigned to reconnoitre the battle area for intelligence, they had been dispatched too late and brought back muddled and contradictory reports which did nothing to raise the abysmal level of analysis and decision-making of the Prussian commanders. There was also the, not insignificant, matter of the enemy he faced; Napoleon Bonaparte.

Napoleon was a master of deception and operational security. His strategic deployments were always carefully planned beforehand, but his intentions assiduously kept secret. Newspapers were censored, borders were closed and the movement of traveller severely restricted. When his army moved, it was screened by swarms of light cavalry protecting its communications, and gathering intelligence about the location of

the enemy. At the same time, elaborate deception schemes and secondary offensives would be devised and implemented to confuse the enemy. Such methods simply overwhelmed the existing and limited intelligence

resources of his opponents. Their rudimentary level of information gathering did not allow them to penetrate the veil of deception.

Napoleon also devoting considerable effort to the acquisition of every sort of information about the enemy collected by his ambassadors and his roving intelligence agents. He created what was for its time a sophistication intelligence organization in contrast to the Prussians, and indeed all of his adversaries, who had no staff officers allocated specifically to the gathering of intelligence. It was normally the supreme commander who evaluated intelligence and used according to his own personal judgement.

In Napoleon’s forces information of a tactical nature was handled by the General Staff while reports from the cavalry patrols and interrogation reports obtained from enemy deserters and prisoners of war were passed directly to Napoleon who supplemented this with reports from special staff officers who had been assigned to specific intelligence gathering missions.

Napoleon’s intelligence system should not be overrated, however, exhibiting, as it did, some serious flaws. It still suffered from poor coordination and lack of an efficient analytical facility. It was still the case that, like other leaders such as Wellington, Napoleon, confident of his own judgement, was effectively his own intelligence officer bypassing all intermediaries much of the time and had much intelligence channeled directly to himself. The lack of summarisation, selection and review of such a weight of material was not particularly conducive to efficiency and it was against this dismal state of organizational and technical inability to penetrate the fog of war, rather than a denial of the usefulness or general need for intelligence background that Clausewitz made his evaluation of the role and importance of intelligence.

It may well have been the case also that he would have had a less jaundiced opinion of intelligence if he had been on the other side. He may simply have been on the wrong side of the war. Had he been in Napoleon’s camp he may well have agreed with Baron Antoine-Henri Jomini who served under Napoleon and argued that the role of intelligence was ‘one of the chief causes of the great difference between theory and the practice of war.’

Jomini, however, well recognized the problems of intelligence such as the almost impossible task of eliminating ‘fog’. There was no such thing as perfect intelligence and intelligence collection alone did not hold the key to success but the aggressive gathering of such intelligence as might be had immeasurably increased the commander’s success on the battlefield by helping to eliminate at least some uncertainty. Both Clausewitz and Jomini accepted that not all reports were reliable but Jomini stressed the need to make use of all available sources of intelligence such as reconnaissance, spies, communications and questioning deserters and prisoners. Intelligence from all sources should then be combined to form ‘hypotheses of probabilities.’

It was Napoleon’s revolution in warfare whereby the organization of the Army into self-contained, mission-oriented, corps-size units with a command-and-control system to orchestrate it that was instrumental in driving his revolution in his use of intelligence and undermined the ability of his adversaries to discover anything useful about his strength or intentions. Jomini was much better placed than Clausewitz to appreciate how much and how quickly the role of intelligence changed during Napoleonic times.

There is some debate about Clausewitz’s understanding of the distinction between intelligence and information especially combat information as opposed to combat intelligence. This is no fine point of semantics. Information is unevaluated material of every description from which intelligence is produced. Information itself may be true or false, accurate or inaccurate, confirmed or unconfirmed, pertinent or irrelevant, positive or negative whereas intelligence is the result of the evaluation and interpretation of information. The problem essentially is one borne out of the translation of Clausewitz’s written works which is ironic given that the same problem exists in the evaluation for intelligence purposes of documents in translation.

It is not clear what Clausewitz means when he uses the work ‘Nachtrichen’ which can be translated into English in a number of ways as intelligence, information, reports or even news. Similarly the German ‘Kenntnis’ may be translated as either information or knowledge. This is compounded by the fact that during Clausewitz’s times the modern distinction between intelligence and information did not exist.

This is most relevant when considering Clausewitz’s statement ‘many intelligence reports in war are contradictory; even more are false, and most are uncertain …. In short, most intelligence is false.’

It cannot be said with any confidence that Napoleonic armies were benefiting from what we now understand as intelligence. They relied upon raw, undigested information coming to them out of the ‘fog’. Clausewitz never witnessed the production of true intelligence and it is no surprise that battlefield commanders made decisions based on false, incomplete, or misleading information about the enemy. From Clausewitz’s perspective he was correct in taking a dim view of the state of the art of intelligence but warfare at the time was in transition and intelligence gathering was having to evolve at pace to keep up with operational advances on the battlefield. At the time that Clausewitz wrote the imbalance between the two was wide and widening. Even had he been in a position to appreciate all the nuances of the transition, his penchant for dogmatic statement did not allow Clausewitz to take a more considered view and the problems of translation leaves readers with the opposite problem of seeking to isolate a definitive meaning from disparate sources of information.

You can order The Role of Intelligence in the Battle of Britain here.