The #BattleofCambrai is often mistakenly identified as the first mass-use of tanks in the theatre of war. Whilst it is true to say that vast numbers of the Mark IV tank were used during the battle, and they did achieve some success in overcoming the German trench systems, but their armour was still in need of development and they only played a major role during the first day.

The major victory of the campaign was it’s demonstration of the effectiveness of new artillery and infantry methods, which would later be put to use during the Hundred Days Offensive.

Pen & Sword Books have a great selection of titles to help you better understand this famous battle of the First World War. Click the photo below to browse all of our Cambrai titles. 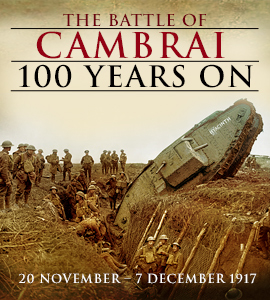