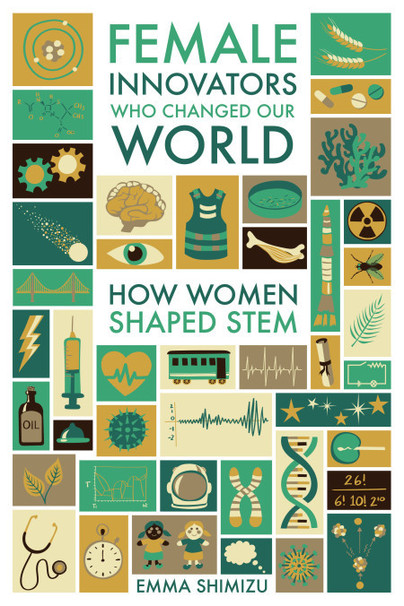 Throughout history the need to work during difficult times – to innovate and develop human knowledge – has been a constant. As we look at the world around us and perhaps despair at what we see in the media and on our newsfeeds, it can be encouraging to look back at history and take inspiration from pioneers who thrived regardless of the hand they were dealt.

As Lise Meitner boarded a train out of Germany to flee the oppressive and dangerous Nazi regime, she had no idea if she would ever regain her existing livelihood and career. Having been born a girl in the 1870s, Meitner’s prospects were not overly positive. Female education was not prioritised at this time so for a while it seemed that her ambition to study science at her local University of Vienna would never come to anything.

Through sheer graft and no small amount of skilled negotiation with her parents (who were keen for her to have a more stable and ‘gender appropriate’ career path) Meitner achieved her goal. And she thrived. She developed a fascination for physics and started to network with the big names of the day. After successfully completing her degree and thesis, Meitner moved to the Friedrich Wilhelm University in Berlin. Here she met with more academics including Max Planck and began her long-time scientific partnership with Otto Hahn.

Combining his chemistry expertise with her knowledge of physics, the two began to research the hot topic of radioactivity. They published multiple papers and discovered a new element, protactinium.

Meitner was initially safe as the Nazi Party gained power in Germany. Despite having Jewish heritage, Meitner’s Austrian nationality offered some protection from dismissal for racially motivated reasons. Furthermore, both Meitner and Hahn had moved to the Kaiser Wilhelm Institute (KWI); as an organisation free from governmental ties, political interference was considered unlikely. The two researchers spent a period apart; however, it wasn’t long before Meitner’s interest in experimenting with the newly discovered neutron drew her back to Hahn.

Meitner was keen to see whether bombarding elements of the periodic table with neutrons would help them discover the trans-uranium elements. These are elements with an atomic number greater than 92 (Uranium), and she wanted to Hahn to join the project to offer his chemistry perspective. Hahn agreed and joined Meitner’s research project along with chemist Fritz Strassmann.

In the spring of 1938, the Nazis annexed Austria in an event that became known as Anschluss and suddenly the time for deliberation was over. Holding a now invalidated Austrian passport, Meitner needed to leave – and quickly. Physicist Niels Bohr was among the many scientists who collaborated to plan her escape out of Germany. With very little notice, Meitner packed some suitcases and left her career and livelihood behind. Yet it was during these turbulent times that some of her most important work occurred.

Isolated in an unfamiliar laboratory in Sweden, Meitner corresponded regularly with Hahn about the experiments being conducted back at the KWI. Although Hahn would become the sole recipient of the Nobel prize that this work and interpretation led to, he insinuated at this time that Meitner’s input would make any findings a team effort. The two chemists in Berlin were limited by their lack of physics knowledge, and were particularly puzzled that the element they were using behaved like barium which has a lower atomic number. This was problematic as the whole aim was to find an element with a higher atomic number. It seemed physically impossible. Meanwhile, Meitner approached the challenge calmly and developed an explanation for this strange behaviour. She proposed that the atomic nucleus had been split into lighter nuclei. This reaction is now known as nuclear fission, the fundamental process behind the cleaner generation of electricity in nuclear power plants all over the world.

Throughout her life Meitner faced obstacles; from struggling to access higher education in Austria, to the threat of antisemitic persecution and dire future for Jews living under the Nazi regime. Despite these circumstances she managed to continue working on her passion. Meitner sought help from those around her and settled into an unfamiliar country that spoke a different language, writing letters to friends in Germany who were facing uncertainty and life in a nation at war.

Unfortunately, the reward and recognition for her work didn’t materialise during her life. She was nominated for a Nobel Prize over twelve times but never selected. In 1944 Otto Hahn collected the prize for the discovery they worked on together, but Meitner and Strassman were not included. But her legacy lives on through the naming of element 109, Meitnerium. Discovered in 1982, 14 years after Meitner’s death, the element bearing her name adorns the walls of chemistry classrooms around the world as part of the periodic table of elements.

Author of Female Innovators Who Shaped Our World

Female Innovators Who Changed Our World is available to order here.