Who doesn’t love a good sale? There’s nothing better than getting your perfect book at a fab price, right?! Right now over the Pen and Sword site we have a huge pre Christmas sale going on. Here’s our pick of some of the best Transport offers…. 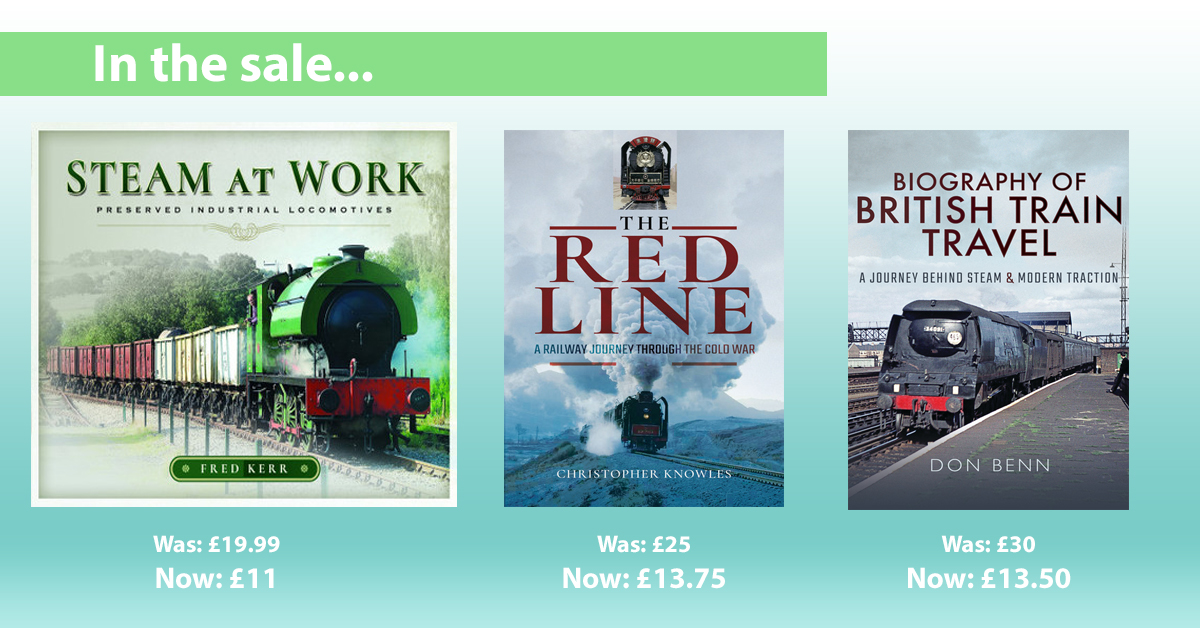 The author, Fred Kerr, was introduced to the world of industrial railways in 1956 when his parents moved from Edinburgh to Corby in Northamptonshire, where the local steelworks offered a mix of locomotives from several manufacturers. When steam traction finished on BR in August 1968, Fred’s interest in railways continued with diesel and electric traction, whilst retaining a passing interest in industrial locomotives through his visits to the heritage lines which were initiated in the post-Beeching era.

When the author converted to digital photography in 2001, he visited many heritage lines as he sought to gain experience in the digital world. When he looked back after a decade of digital photography, he noted that industrial locomotives were still at work on many heritage lines throughout the UK. He also noted that during the 1960s the effort to preserve main-line steam traction had overlooked the availability of industrial locomotives, leading to the scrapping of many locomotives with both a story to tell and an incomplete working life.

The result is a book that pays tribute to industrial locomotives which are still at work by detailing the manufacturers of these work-horses and the locomotives which they built; identifying their working lives where possible; showing their entry into preservation and paying tribute to those heritage lines which appreciated the value of these unsung heroes of the Industrial Revolution by buying the ‘scrap’ locomotives then restoring them to working order.

Have you spotted any of your favourite titles in the sale? Let us know in the comments below!