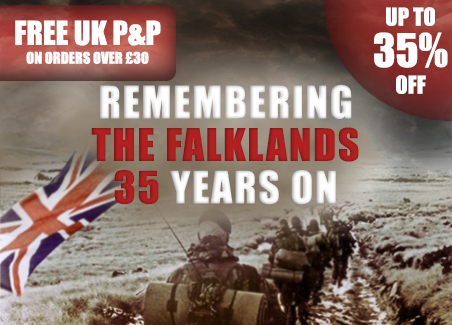 Remembering the Falklands 35 Years On…

The Falklands War was a ten week battle between the United Kingdom and Argentina for two British overseas territories in the South Atlantic, The Falkland Islands, South Georgia and the South Sandwich Islands.

A British possession for 149 years, they invaded by Argentina on April 2, 1982. The British have long claimed the Falklands, based on their discovery by British navigator John Davis in 1592, but they have also been claimed and occupied at various times by Spain, France, and Argentina. For several decades, Argentina petitioned the United Nations for possession of the Falkland Islands, but Britain refused to comply, leading Argentine dictator General Leopoldo Galtieri to order a full-scale invasion.

For further interest we have a huge selection of titles covering the Falklands, check out our latest Catalogue here!