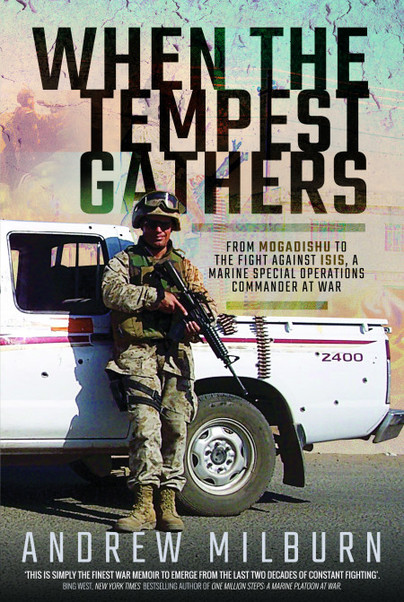 At Last an End to the Endless War?

Until 2003, the US was pursuing a military campaign in Afghanistan that matched clear strategic objectives: to topple the Taliban and remove the threat posed to the homeland, and had almost achieved these objectives. It was perhaps a tipping point in the campaign – a time when a concerted US effort properly resourced would have eliminated those Taliban elements still determined to fight, while providing a comprehensive program of economic and security assistance countrywide thus pre-empting a fundamentalist resurgence. The war might have ended some 16 years ago.

Instead, the shift of focus to the war in Iraq left a vacuum in which the Taliban was able to re-establish itself in Pakistan and launch increasingly destructive attacks against a government whose fledgling security forces were not ready to defend their country without heavy US support. Even more damaging, the Taliban was able in many parts of the country to offer the local populace a level of stability and security, albeit a Sharia version, that a divided and corrupt central government could not.

By 2009, when Afghanistan became once again a priority in US foreign policy — it was too late. The insurgency had metastasized throughout the country, and the US strategy to “degrade, dismantle and defeat the Taliban” broke down in practice into confused discussions about giving the Afghan government “a breathing space” without any comprehensive plan that would induce the government to do something substantive with that space.

Meanwhile, a disengaged Congress has made little attempt to re-assess whether the original resolution that authorized the use of military force in 2001 still made sense in light of a greatly changed situation. And a succession of military commanders, for whom Afghan command was a strong resume builder, failed to demand that their ambitious military goals be aligned with a coherent strategy, offering instead repeated assurances of success. Meanwhile units on the ground fought the war in one-year increments, holding on to the hope that the steady stream of casualties was the unavoidable cost of progression.

Now, almost 19 years after the initial US intervention — after the loss of some 2400 US soldiers and two trillion dollars with few tangible gains — it is time to end the war.

First the good news. The US military is now exponentially more adept at finding and eliminating terrorist networks than it was 20 years ago, and can do so with a relatively small footprint of special operations and intelligence personnel. And though ISIS comprises the most significant threat in Afghanistan, it’s hard to imagine that these Islamic State elements, poorly trained and equipped as they are and fighting for their life, would ever be capable of threatening the United States. This is worth stating because the mantra that the US is in Afghanistan to protect the homeland has become as cliched and as hollow as the “domino theory” used to justify US involvement in the Vietnam war.

But a number of obstacles remain, and success will depend on how much attention US negotiators pay to three key considerations.

The first is whether the US will replace troops with a coherent plan for economic and security assistance. Such a plan will need to be carefully targeted to bolster not only the government but all sectors of Afghan society – with readily measurable benefits countrywide. Designing a comprehensive plan that is tied to incentives while providing a realistic means of assessment will be no easy task, but essential if the US is to avoid simply providing more grist for corruption. Without such a plan in place, the Taliban will continue to offer the population an attractive alternative.

The second consideration is that the US should focus now on coordinating regional support for the Afghan government. None of Afghanistan’s neighbors stand to gain from a resurgence of violence, and all are likely to derive some benefit by contributing to the country’s stability, especially if it is in the wake of a US withdrawal. It’s not too far-fetched for the US to propose a common forum for coordination of combined efforts to foster continued economic and security reform. And in the case of India and Pakistan, only the US is in a position to broker separate arrangements with each country to contribute to Afghanistan’s future.

Lastly, and this consideration represents the greatest unknown, is the question of whether the Taliban can be trusted to keep their agreement by tolerating the reforms that have taken place across Afghan society — particularly those relating to the rights of women to education and employment. The Taliban have made assurances that they will protect these rights, but it’s hard to be optimistic in the absence of clear incentives. If the agreement is to be a lasting one then it will have to have buy-in from the key Afghan players involved to include the opposition.

The light at the end of the tunnel is a faint glimmer, all too easy to snuff out. But it offers at least the first real prospect for an end to a seemingly interminable war.