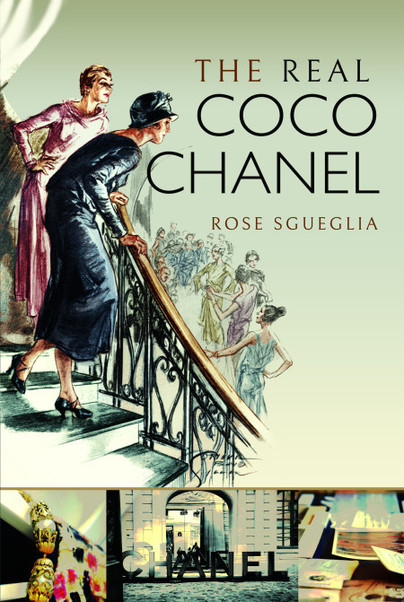 On writing about Coco Chanel

My grandmother only wears Chanel no 5. Growing up, to me, it was not just a powerful scent like any other, it was nan’s perfume. So when the opportunity came along, I couldn’t help but wonder if I had been prepared for this ever since.

But where to start?

Having worked in journalism and marketing, I knew I was interested in how Coco and her story had been explored by others and on a global scale on the internet, looking at bloggers, social media, vloggers, movies and the fashion world.

I began by looking at what everyone else had done before me, all the beautiful Chanel biographies and the influence they had in amplifying and iconising the narrative Coco so skilfully succeeded in crafting through her stories, her tales and yes, even her lies.

I read about her conversations with Morand, her role in WWII as a spy in Vaughn and her powerful love affairs in Madsen and Chaney.

I looked online where different versions of Coco are widely available on social media, blogs, magazines. One day she is a sublime fashion designer, the next she is an anti-Semite.  One day, a beautiful, selfless angel, the next a rude, mean witch.

One day a feminist, the next utterly financially dependent on her men.

As a researcher and a writer, it’s this multiplicity of voices in books, online, on social media that fascinated me, what did people say about her and by understanding what they did, would I have understood who she really was?

It’s these different shades of her, these interpretations of her person, that sparked my interest.

One day the boss, the next bossy.

One day beautiful, the next not so much.

One day young and beautiful, the next old and outdated.

One question was naturally more pressing than others: who was she? Who was the real Coco? Was she a spy? Was she a drug abuser? Was she so in love with Capel?

And so my journey began.

I realised that in order for people to understand Coco and the different roles she had assumed in her life, the different hats the ‘hat-maker’ as Schiaparelli used to call her, had worn, I had to learn not only about her past but also understand the motivations that led her, despite the obstacles she faced, to become one of the most appreciated designers and the most loved-to-hate woman of our time.

So I learnt about her past, her childhood, her lovers and her business; the Chanel house. I realised that I couldn’t write a book that was just chronological but that I also had to make sure to look at her from a different perspective, my perspective, a 30 something woman’s perspective.

Look at those roles she had crafted for herself for her whole life, becoming the romantic heroine of her story, look at those hats she had worn, and structure every chapter around a particular theme. The idea was to give people glimpses into Chanel’s life, no matter where you open the book, most people will hopefully be able to connect with her story; so it just happened, a different theme for a different chapter, Coco the friend, Coco the lover, Coco the only one…

Then I realised that I also needed to have a look at those media representations of her, guilty to have immortalised her icon, in movies, pictures but equally in adverts and videos.

I talked to Jeffie Pike, Coco’s best friend, Marion Pike’s daughter and someone who was incredibly close to Coco and she unlocked the door to another version of Coco, a more candid one, a more honest one, perhaps my favourite.

It’s in this mayhem of voices and shades that I tracked mademoiselle Chanel down, it’s there she stood right at the top of the mountain of stories she had told, some true, some not so much, I found her, or perhaps it was Coco who finally let me discover a side of her.

You can order a copy of The Real Coco Chanel here.