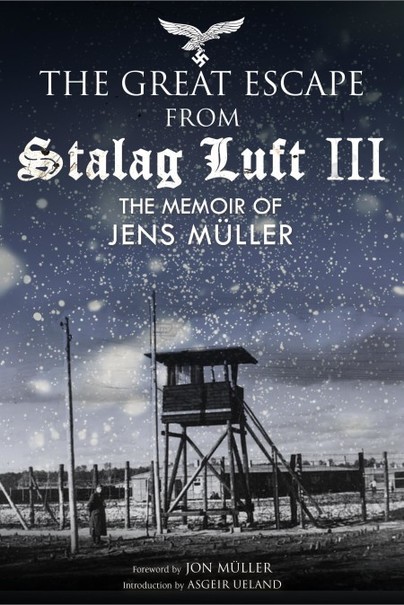 Jon Müller is the son of Jens Müller, who was one of only three men who successfully escaped from Stalag Luft III in March 1944 . Jens Müller’s book about his wartime experiences was first published in Norwegian in 1946, titled, ‘Tre kom tilbake’ (Three Came Back). This is the first translation into English and features a foreword by his son. Read our exclusive interview with Jon below.

1. What did the breakout from Stalag Luft III in March 1944 achieve?

2. Can you describe
Bushell in five words?

3. And the same for
von Lindeiner?

Professional , tried to run the camp according to Geneva convention.

4. 50 men were
executed after the Stalag Luft III escape: was the disruption caused
enough to justify the loss of life? Did the breakout really boost
morale?

The 50 were executed on Hitlers direct orders.

5. Was the escape –
in the words of Hermann Glemnitz – a ‘silly idea’ and would an
operation on a smaller scale have been more effective?

6. Stalag Luft III is known to millions of people throughout the world because of the film, The Great Escape. Aside from the sunny weather throughout the film, how accurate is the film? Does it do more damage than good to the legacy of the Prisoners of War?

The daily life is described quite accurately. However the escape outside the fence is fiction.

7.
How did your father feel about the film and how do you feel about it?

8. Were the Prisoners of War – including you father – that organised and participated in the escape exceptional men? Or ordinary men in exceptional circumstances?

The Great Escape from Stalag Luft III is available to order now from Pen and Sword.