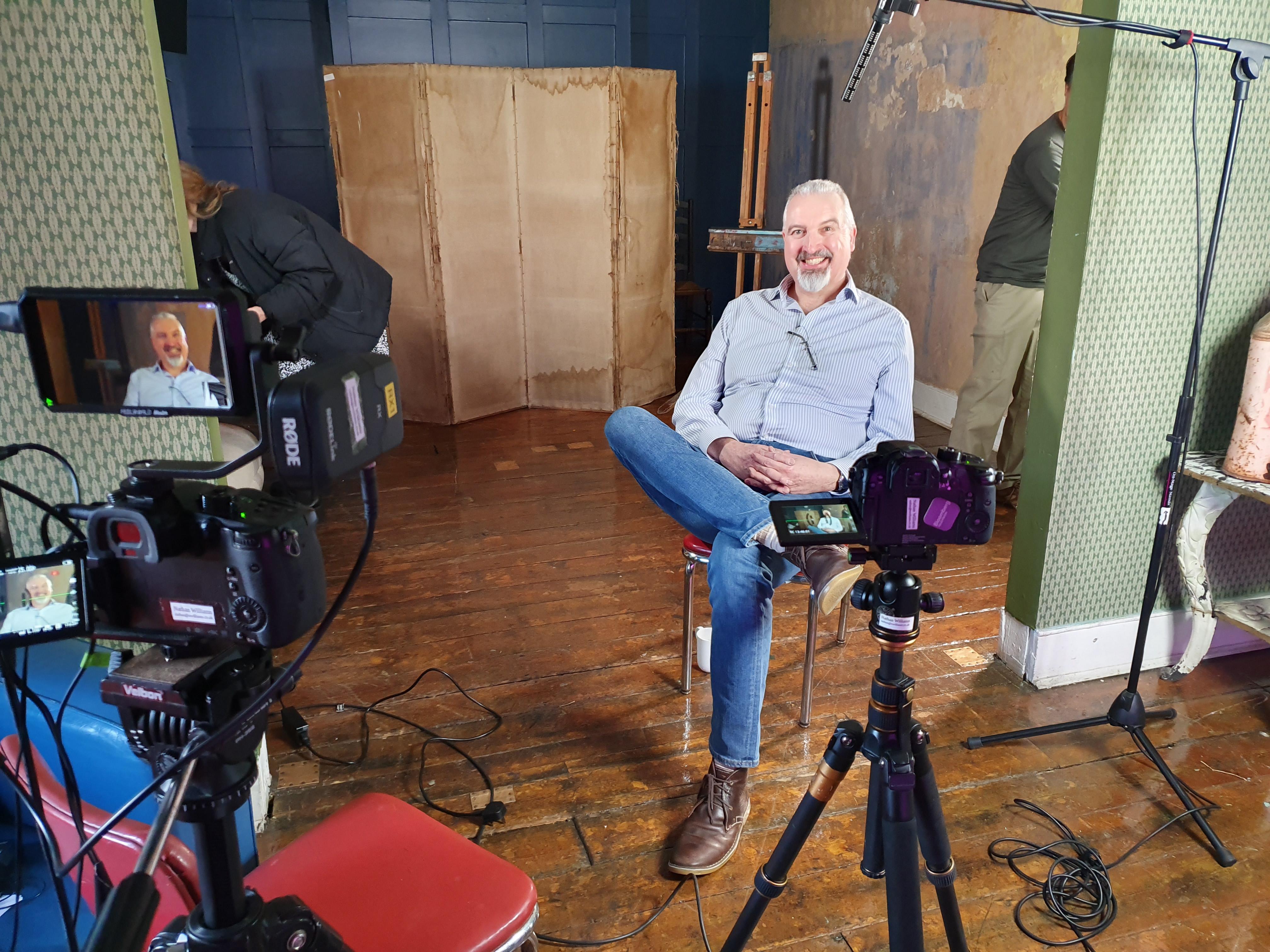 One of the real pleasures being a professional archaeologist and historian is having the chance to appear in television programmes as a presenter or expert. This is a fantastic medium to work in given its enormous reach, with viewers able to access programming today through the widest variety of platforms. This can range from the family watching the television in the corner of the living room, to an individual on the other side of the world viewing streamed programming on the latest electronic device.

Most recently I really enjoyed filming as an expert in a fantastic new series being filmed for Channel 5 called ‘Walking Britain’s Roman Roads.’ The first of seven 48-minute episodes airs at 9pm on Wednesday the 1st of July on 5Select, and will likely air on Channel 5 itself later in the year. The concept of the programme is to tell the story of Roman Britain through the main trunk roads built during the various Roman campaigns of conquest here. This was particularly exciting for me given they feature extensively in my work for Greenhill Books (and soon Pen & Sword), including Septimius Severus in Scotland, and the forthcoming Pertinax: the Son of a Slave Who Became Roman Emperor. The roads covered by the programme include:

The military nature of the road network is also evident in the places they link together. Using the same two examples, Watling begins at the Imperial Gateway at Richborough on the east Kent coast, later the site of the famous Saxon Shore fort. It then crosses the River Medway where the Romans built the second longest bridge in Roman Britain (and where I filmed for the first episode in the Channel 5 series), before reaching Southwark where it then crosses the River Thames on the bridge built by the Romans. Traversing the provincial capital, it then leaves through Aldersgate, later picking up the line of the A5 to head northwestwards to Wroxeter in Shropshire, Roman Viriconium. From there two sub-branches head north and south, one to Chester where legio XX Valeria Victrix was based in the legionary fortress there, and one to Caerleon in southeastern Wales where legio II Augusta was based in its own legionary fortress. One therefore has a major trunk road linking the Imperial Gateway with the provincial capital, and then on to the two principle military anchor points in the west. Meanwhile, Ermine Street links the provincial capital directly with two legionary fortresses. These are in Lincoln, and then the later founding in York, both built by the famous legio IX Hispana.

Helping tell the story of these amazing roads, which still impact on our lives today, was a real pleasure and I do hope viewers enjoy the seven episodes. And of course reading about them in my various Greenhill Publishing and forthcoming Pen & Sword titles!

You can view Simon’s books here.