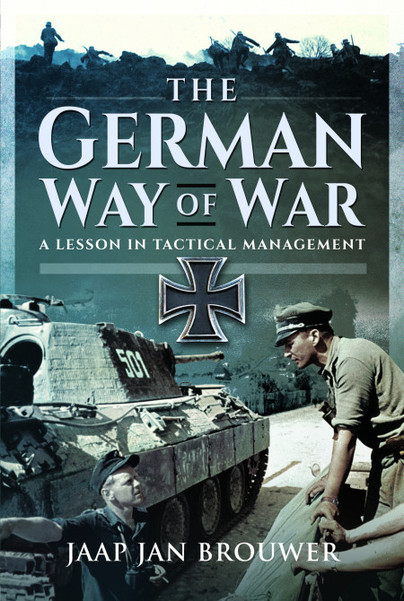 The Russian army in 2022: From ‘maneuver warfare’ to ‘medieval warfare’ in three weeks

After the first weeks of combat, I thought it would be a good idea to list my observations of the Russian army from my profession as an management consultant. I have made such analyses of the German, British, American and Soviet armies before and laid them down in a series of books and publications, the last one ‘The German Way of War. A Lesson in Tactical Management’ by Pen & Sword. To get straight to the point, the Russian army has many features of the Soviet army from World War II. And that was a sub-performer who was only able to gain the upper hand through its mass of people and material and finally managed to reach Berlin.

In what respect are Russian and Soviet army the same? First of all, the offensive as it was launched in Ukraine. This has all the hallmarks of an attempt to put into practice Tukhachevski’s deep penetration doctrine of the 1930s: Through a wedge in the front, armoured units advance deep into the enemy’s hinterland to contact paratroopers who have captured strategically important locations . A second and third wave consolidate the conquered territory. So much for the theory that would be converted by the Germans into a mode of warfare that we have come to know as Blitzkrieg. The Soviets ignored Tukhachevski’s doctrine in World War II—he had fallen from grace anyway —because they were incapable of any kind of Blitzkrieg at all. That was not necessary either, their offensives were characterized by a superior number of people and material: you collect a large mass of people and material that fought their way forward after an artillery bombardment of the German positions. After all, going backwards was impossible, stragglers and soldiers who did not show themselves enthusiastically were ‘eliminated’ by NKVD units. The units advancing through the gap in the line rode on until either they ran out of fuel, or the German resistance grew too great, or they were so disoriented that they simply stood still. In the Ukraine, the intent of the invasion along these lines of Tukhachevski’s doctrine led to disaster for the Russian army: the paratroopers were neutralized within hours, as is so often the case, and the fast armoured cars that should have made contact with them to advance quickly to the centre of Kiev, almost all of them were destroyed. The sequel can be characterized as a classic Soviet offensive: a large crowd of people and vehicles that served as second and third waves set out to get stuck in a traffic jam of more than 60 kilometres. This accumulation of people and material gives a good idea of ​​the lack of preparation, planning and execution on the Russian side: they are apparently unable to get such large amounts of people and material from A to B in an efficient and effective way. This corresponds entirely with the image from the Second World War where German divisions, thanks to good planning and traffic management – and the Kettenhunde of the Feldgendarmerie! – moved divisions up to five times faster than the Soviets. The losses would have been incalculable if the Ukrainian Air Force had had some air superiority. Incidentally, an excess of mechanization can also lead to traffic jams. As the French General Alphonso Juin noted in Italy in 1944: “Along the whole road … we ran into the 7th British Armoured Division in close column, incapable of leaving the road and deploying in a terrain completely given over to mountains. I immediately concluded… that the widespread mechanization of the British and American forces constituting a serious obstacle to any swift progress up the Italian peninsula”. And “Traffic became impossible . “the jam had coagulated and become a fevered stasis.” This gives a good picture of the Russian army in the Ukraine.

It has also become clear that the Russian army, like the Soviet army, is still an artillery army: artillery is the queen of the battlefield, battles are won with it. At least by the Russians, because apparently they are unable – despite their Battalion Tactical Groups – to make the step to maneuver warfare. In fact, it is a regression to a medieval way of warfare: the guns are dragged forward through the mud to force cities to surrender by bombardments. Opposite this is the Battalion Tactical Group (BTG) as an organizational form: multifunctional units of 600 to 800 men with 40 armoured vehicles and 10 tanks. They are reminiscent of the extremely successful German Kampfgruppen from World War II and thus of manoeuvre warfare. But while the Kampfgruppen were temporary units that were assembled by command – Auftrag – the BTGs are semi-permanent units. The British, for example, have also experimented with this type of unit in North Africa, with little success. A BTG may be suitable for a ‘small war’ or ‘low intensity conflict’, but ultimately leads to a fragmentation of the strike power in a larger conflict: each BTG will wage its own war and the forces will be divided. The Russians have already shown in recent weeks that they have all kinds of problems in terms of coordination and communication, so leading a BTG will be a challenge in itself, let alone for several BTGs to content and shape an offensive of any size. I can imagine that in the aforementioned traffic jam many dozens of BTGs were locked up, the parts of which had lost contact with each other and were spread over many kilometres. In this way an armed force is reduced to an armed mob. In line with this, the question is whether and to what extent the Russian army is capable of, for example, allowing a force of 10,000 men (12 BTGs) to operate as a unit. Is one able to organize a joint attack on the classic Schwerpunkt: the weakest point in the front of the opponent that is attacked with all available units. In other words: are you attacked by 10 times 10 tanks, or by 100 tanks at the same time. I estimate the chance of the latter to be low, partly because there is something wrong with the style of command and leadership: centralism and fear reign there. In a long tradition of centralism, Putin has introduced a culture of fear and suspicion that prevents lower commanders from making decisions on their own. Just like in World War II: an offensive or attack comes to a halt because everyone sits down and waits for orders from above. That takes the pace out of every attack and prevents opportunities from being capitalized on.

If we look at the equipment of the Russian army, it appears that modernization has not really taken off yet: most of the vehicles and tanks are of designs from several decades ago and do not deliver the performance that the modern equipment has. This is apart from the fact that the personnel must be professional enough to handle it and be led by officers who can express their creativity at a tactical operational level. Quod nun. It is also notable that all kinds of experimental variants of tanks are popping up, indicating that the Russians seem to be short of operational tanks. Another special feature is that tanks are allowed to operate without infantry: that is according the Russian doctrine, but makes tanks extremely vulnerable, especially in urban areas. For the Germans, the presence of infantry (they were not called Panzergrenadiere for nothing) was a sine qua non for operating with tanks; apparently the Russians learned nothing from that.

What also has become clear in recent weeks is that cheap defensive weapons like the Stinger and Javelin are lethal to expensive offensive weapons like tanks and planes. And their staff. The latter, of course, applies in particular to the Russian Air Force, the great absentee in recent weeks. The reason is undoubtedly the Stinger missiles, but, as appears from various publications, the lack of robust training, the small number of flight hours and the lack of experience with executing more complex assignments with several aircraft. The Russians have relied too much on the successes in Syria, where individual planes, occasionally in pairs, carry out missions. This is far removed from Air and Battle concepts where three-dimensional coordination between ground troops and the air force is central; the question is whether the Russians will ever achieve the necessary level of planning, coordination and communication.

Putting everything together, from a management and organizational point of view, the Russian army still has to bridge a large gap to become a modern army. One of the fundamental questions will be whether and to what extent there will be a greater degree of decentralized decision-making. Personally, I think the failure in this war will only lead to an even greater degree of centralization and therefore an army that regularly goes into a state of rigidity when it encounters resistance. In addition, the purges mentioned by Putin are already casting a shadow: such purges under Stalin in the 1930s removed the most promising and creative officers from the Soviet army. Such purges now will throw the Russian military even more back in time. On the other, the manner of warfare that disregards international treaties and is reminiscent of the darkest times of World War II, when neither civilians nor private soldiers were spared, casts a chilling shadow.

The German Way of War by Jaap Jan Brouwer is available to order here.